A price can’t be put on our FoI rights

TFN’s recent article Regulator wants to end free FOI set off alarm bells for many but helpfully allows the Campaign for Freedom of Information in Scotland (CFoIS) to calibrate its reform messages correctly.

We remain focused on ensuring the current post legislative scrutiny of the Freedom of Information (Scotland) Act 2002 (FoISA) delivers stronger enforceable rights, increases accountability through transparency and extends the range of organisations covered by the law to align with other modern democracies.

The attitude expressed by the Office of the Scottish Charity Regulator (OSCR) in its submission to the Scottish Parliament is an interesting read.

It sits uncomfortably with its apparently separate strand of work on changing charity law “to enhance public trust and confidence by increasing transparency”. It complains about the staff time and expertise spent dealing with information requests and appears to have a culture of treating compliance as a burden hence “we would welcome an extension to the 20 working days response time.” Twenty working days is already very generous. 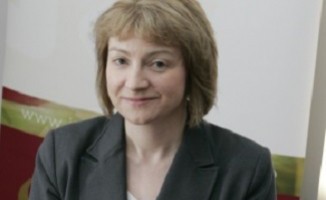 OSCR fails to understand that is a duty of a designated body, the price of being accountable

OSCR seeks a change in the legislation that would allow public authorities to charge for time spent reading and considering information.

It fails to understand that is a duty of a designated body, the price of being accountable, and it should consider whether the information should already be pro-actively published, avoiding the need for an FoI request.

No mention is made that the current fee regime was set in 2004 and has failed to keep up with inflation.

The upper limit of £600, beyond which an authority does not have to comply with a request, needs to be increased and that would automatically allow more information to be disclosed.

Conversely charities and voluntary organisations should be applauded for leading the way on gathering information on how they spend public money and the impact their work makes.

Funding requirements set by the public sector in Scotland and Europe require a rigorous breakdown of spend and specifics on how it makes a difference. However rarely does this information ever meet the light of day despite the statutory responsibility under FoISA for public authorities to adopt a publication scheme on pro-active publication of information which includes for example what an authority spends its money on and how it delivers services.

Ultimately there is a danger in over-reacting to submissions and the process of oral evidence to the Committee beginning in September will help more people understand and appreciate the benefits of a robust FoI regime, underpinned by proc-active disclosure of the type of information people want.

It is also an opportunity to expose consensus on how the current system can be improved such as OSCR’s appeal for mainstreaming plain English in the process which we have repeatedly called for too.

This conversation on reform reminds us of the value of Scotland’s third sector and the important role of CFoIS as a rights defender!

Carole Ewart is the Convener of the Campaign for Freedom of Information in Scotland.

0 0
George Walsh
over 1 year ago
Totally agree with Carole. Quangos and public bodies always peddle transparency but at heart many of them I feel don't want it. I've sent FOI requests to a few local authorities and never yet got a clear response.