It’s been quite the week for dramatic news about the collapse of private sector outsourcing companies.

Carillion, the facilities and construction giant almost entirely sustained, it now appears, by government mega-contracts, has gone under. According to The Guardian’s Nils Pratley: “the immediate cause of failure is a mix of badly priced contracts, badly managed risks plus too much debt.”

As a result, countless public services and capital projects are under threat, and tens of thousands of jobs are at risk. Emergency cabinet meetings have been called to see if anything can be done to handle the fallout.

Being a sometime student of French, I happen to know that “carillon” translated means ringing bells. In the social care field, bells sure are ringing, and not particularly distantly. Scottish Care, the umbrella body for (predominantly) private sector home care companies has also issued stark warningsabout the likelihood of a mass collapse in their sector, the consequences of which are sobering to say the least. 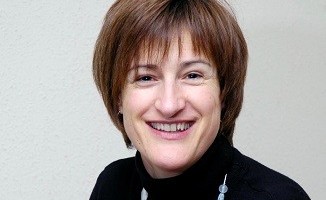 The alarm bells are ringing loud and clear and whether anyone is listening, I couldn’t say: after all, there were also warnings about Carillion

Where the two stories diverge may be in the willingness of these respective companies to keep plugging away at public contracts, however “badly priced”. Clearly, Carillion couldn’t get enough of them: social care providers, on the other hand, may be a different breed.

Scottish Care’s warnings have come on the back of a provider survey which is (more or less) a carbon copy of a similar exercise conducted among voluntary sector providers by CCPS (Coalition of Care & Support Providers in Scotland). The findings, perhaps unsurprisingly, are not so very different.

Our survey showed that 33% of voluntary care providers have withdrawn from a contract in the last twelve months, compared with 20% in each of the two previous years. Overwhelmingly, the reason given was that the contract price was too low to provide a quality service to people with support needs, especially with respect to staff pay and conditions. For the Scottish Care membership, the figure for handing work back is even higher, at 40%.

Meanwhile 65% of voluntary providers declined to tender for a contract in their field in 2017, again because the numbers didn’t add up. Scottish Care reports that half its members did likewise.

The alarm bells are ringing loud and clear. Whether anyone is listening, I couldn’t say: after all, there were also warnings about Carillion – profit warnings, mainly – but the contracts kept on coming.

The big difference between private care companies and charities in this scenario is that if care becomes unviable (or unprofitable) in the private sector, then the companies themselves will fold.

Not so with charities, necessarily: withdrawing from service provision (or ‘market exit’ as we call it) doesn’t mean the charity itself will go under. Witness Bield, a charity that – unlike Carillion – is simply not prepared to embrace unmitigated risk and uncontrolled debt from badly priced contracts, and has taken the extraordinarily difficult decision to close its care homes, chiefly in order to protect its ability to continue to support older people in other ways. Critically, ways that will not bring about the collapse of the entire organisation.

Because here’s the really interesting bit: in our CCPS survey, unlike Scottish Care’s, the proportion of providers reporting that overall, their service provision is more sustainable than it was last year has gone up, not down. And that appears to be a direct result of their declining, or handing back, those badly priced contracts.

I believe that public sector commissioners are just as anxious as we are about the sustainability of quality care. But none of us should work on the blithe assumption that in order to achieve it, like Carillion, care providers will jump at the chance of any old contract, and never mind the risk.

Those bells are tolling.

0 0
Lok Yue
over 4 years ago
The evils of the private sector may be real or imagined. What is beyond doubt is appalling record of the public sector in managing contracts awarded to the private sector vide trams, the Scottish Parliament Building and warships fitted with engines which overheated so badly they had to be removed... through holes cut in the side of the hull