I’ve always felt it was my duty to protest against injustice. That’s an ethos I feel as strongly about today as I did when I was a student, first campaigning against plans to drop student grants.

As a Strathclyde University politics student I was one of the ‘gang of four’ who ended up charged with breach of the peace for hoisting an anti-Thatcher flag from the City Chambers. We never went to court but it was to mark the beginning of many brushes with the law.

I’ve never been party political. In fact I see it a bit like organised religion: you have to adhere to certain principles as if they are morals. However, I will side with parties when it comes to campaigning. I’ve campaigned alongside the Greens on environment issues, Labour on Palestine and SNP and the Scottish Socialists on Trident.

Just now I’m firmly behind the opposition to Israel’s illegal incursions into Gaza. I haven’t felt as opposed to something for years.

Israel’s actions are almost accepted by the rest of the world yet what they are doing is ethnic cleansing. So it is up to us to make the public aware our government, by doing nothing, is complicit in the relentless killing of innocent people. 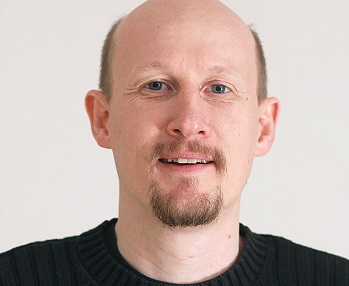 It’s not the first time I’ve protested against Israel; I’ve been doing it since I was a student. That’s partly why I think it’s so important – it is a situation that is allowed to persist. But I worry where it will end.

I’m currently involved in a European-wide call to action involving students, trade unions and churches – many of whom were involved in the Ban the Bomb campaign – in which we’re hoping there will be simultaneous protests across the continent on the Gaza crisis.

We haven’t finalised the date yet but we’re hoping for maximum impact involving all countries and people from all walks of life.

People joke to me that, as I’m now middle aged, I’ve become a rent-a-gob, someone who campaigns for the sake of it. It might seem that way but all the recent issues I’ve campaigned on – Gaza, the bedroom tax, welfare reforms, racism – are issues I’ve always protested against.

Do I believe campaigners like me can change the world? Yes I do. Otherwise I just wouldn’t bother. When you are part of a campaign like Gaza and you gauge the momentum, you truly feel part of something that can achieve anything.

I felt like that with the anti-poll tax demos back in the 1980s. The Gaza opposition seems really similar. OK there aren’t riots in the streets (nor do we want that) and the issue is on foreign shores but the strength of opposition is palpable.

I really believe the time is right to push for change on this issue - and I won’t give up until we achieve greater justice for Palestinians.