Bullying is not just part of growing up

Being treated with a degree of respect – going about our day without fear of physical threat or the prospect of being verbally abused and denigrated – is something most of us take for granted, rightly so.

The thought of someone – anyone – waking up each day with a knot in their stomach, ready to be put down, humiliated, excluded and maybe even physically hurt, makes the hairs on the back of my neck stand up. But it’s something that large numbers of children across Scotland experience every day.

Bullying is often portrayed as a physical act, like a child being pushed in a playground. But bullying doesn’t have to be physical, or even obvious. It can be insidious – chipping away at a child’s happiness. And somehow it has become synonymous with childhood, its meaning diluted down to almost some harmless rite of passage that sometimes gets out of hand. But if we were to translate the constituents of bullying to the adult world, they are far from childish experiences. 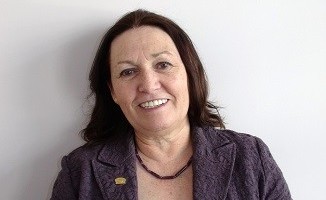 I’m not suggesting that we criminalise bullying children, but equally we can’t underestimate the impact simply because it’s happening between children

Being punched, shoved and pushed – that’s assault. Having malicious gossip spread, vindictive words thrown and typed – that could be defamation or trolling. Having money and other possessions taken – theft. I’m not suggesting for a second that we criminalise bullying children, in truth we need to understand what is happening in their lives to make them behave this way. But equally we can’t underestimate the impact simply because it’s happening between children.

At the NSPCC we know that childhood scars can last a lifetime, and that includes those inflicted by bullies.

The Respectme conference offers organisations and individuals an amazing opportunity to talk with others about how bullying colours young people’s lives. The one thing we know for certain is that there is always more to learn and more to do, and the opportunity to hear how agencies are working to empower and support young people in building resilience is one I wouldn’t miss.

At ChildLine we hear from children daily whose lives are blighted by bullying, whether it’s at school, in their communities, online or even at home. It’s a complex problem and there isn’t a simple solution, which makes it all the more important that stakeholders come together to share their knowledge and bring the true cost of bullying to light.

Respect is something each and every one of us deserves, and it shouldn’t just be by good luck that we avoid bullying. It should be an inalienable right, inherited at birth regardless of difference or the roulette that sees one child in and another out. Respectme is a great start to respecting us all.

The 2014 respectme conference, in partnership with NSPCC Scotland’s ChildLine service, will be taking place on Tuesday, 18 November in Glasgow.

Elaine Chalmers is head of ChildLine in Scotland