Katie Rafferty, respectme'snew director reflects on the anti-bullyingservice’s accomplishments to date and considers what still needs to be done to addressbullying in Scotland

Many people who have been bullied can, often years later, recall how they were made to feel: threatened, anxious, or isolated.

For some, this experience in childhood has a lasting impact on their lives. Despite this, there are still many adults in Scotland who believe that “bullying is just a normal part of growing up”.

Bullying may be common (in 2014 30% of children and young people in Scotland told us they had experienced bullying), but the Scottish Government is clear in its national approach to anti-bullying: it is never acceptable and it is not normal. 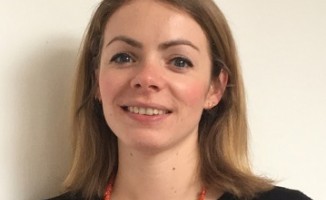 This is unsurprising given the serious impact bullying can have on children and young people’s lives.

Bullying strips our agency – the feeling that we are in control of our life. The ripple effect from this can undermine children and young people’s wellbeing, impact on their education attainment and manifest in mental health problems like self-harming and eating disorders.

According to the Scottish Association for Mental Health, children and young people’s mental health is reaching a crisis point in Scotland. It says one in three pupils in any given classroom in Scotland will have mental health problems by the time they’re 16 – a startling statistic.

The digital world brings another dimension to bullying and mental health and today’s children and young people are online in every sense.

They are the first generation to be immersed in social media from a young age, and are experiencing both the excitement and fun and also the bullying and anxieties that can flow from this. The gap in knowledge between children and adults in this regard has never been wider, and this makes keeping young people safe online that much harder.

We remind them that all bullying behaviour stems from dysfunctional relationships and how young people relate to each other, whether it is face to face or online.

We should be proud of the anti-bullying approach we take in Scotland; it is unique, innovative and forward thinking. We reject labelling children and young people as bullies and victims which creates stigma and disempowers individuals.

Instead, we focus on the behaviour at play, the impact it has on those involved and the importance of building resilience and restoring agency.

I’m delighted to be joining respectme as director at an exciting time as the service enters its tenth year and when the Scottish Government is refreshing its national guidance on anti-bullying.

After ten years, respectme has established a unique service in Scotland, rich in knowledge and experience and committed to realising children’s rights. We have trained almost 8500 practitioners and worked in every local authority in Scotland.

But as ever, there is still so much more to do. While we have a positive legislative and policy framework in Scotland and an increasingly consultative style of policy-making, there are still significant gaps between policy and practice on the ground and this is impacting on the lives of children and young people.

To help redress this respectme will continue to work with all adults involved in the lives of children and young people to give them the practical skills and confidence to deal with children who are bullied and those who bully others.

By working together we can effect change and we can ensure that all children and young people grow up free from bullying and are supported to reach their full potential in a respecting, just, equal and inclusive Scotland.

Katie Rafferty is director of respectme.