Charities could be harming the people they seek to help

2015 heralds the seventh year since the financial crisis began and it might as well have happened yesterday. Austerity is still the name of the mainstream political game and continues to cause havoc within people’s lives and communities. Tuesday 6 January was ‘Fat Cat day’, so called as it marks the day when the chief executives of the FTSE100 top companies earned in two days what the rest of us will earn in a year, and barely a week goes by without another report of financial corruption or a banking scandal.

Yet most third sector organisations and their staff/trustees/volunteers bank unquestioningly with those same mainstream banks and financial institutions that brought us to this place of austerity and growing inequality.

Those of us who work in the third sector must ask ourselves if by banking with the mainstream banks we are acting counter-productively to our mission of wanting a more equality society? Are we harming those people that we seek most to assist? Are we maintaining a financial infrastructure that is creating conditions which result in more people depending upon our services at a time of ever-decreasing resources? 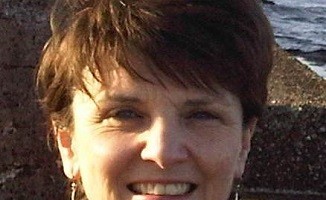 Are we maintaining a financial infrastructure that is creating conditions which result in more people depending upon our services at a time of ever-decreasing resources?

Too often, third sector organisations keep the money they utilise for their mission separate from the way they bank, and in the same way most staff/trustees/volunteers keep their personal banking habits separate from their daily working activities. Yet, by using the "too big to fail" banks and financial institutions, we continue to encourage them to place financial return before social impact.

According to the Scottish Council for Voluntary Organisations, the third sector in Scotland employs 138,000 people and consists of 45,000 voluntary organisations with a collective turnover of £5 billion. Imagine what could be achieved together if we decided to use our money to create a more socially just society whilst also providing the Scottish third sector with a financial infrastructure consistent with its aims, values and requirements. This is exactly what the Scottish Community Re:Investment Trust (SCRT) seeks to do.

SCRT’s first step was the creation of a third sector specific deposit account called the Anchor Account in conjunction with Airdrie Savings Bank. Established in 1835, it is Britain’s only surviving independent savings bank and operates as a non-profit distributing bank. The Anchor Account provides an opportunity for the thousands of third sector organisations and their staff and volunteers to act in accordance with their mission and values, and to create a sense of shared identity with the rest of the sector.

The realisation that a better society can be achieved by working with banks that hold true to positive values and ethics is not new. Across Europe a range of smaller social (or ethical) banks show that banking can support a healthy society and environment. These banks prioritise loans for socially and environmentally beneficial projects rather than engaging in speculative activity; a number have pay ratios as low as 1:5, and all have policies that don’t drive staff to sell products, but value them as co-workers.

This isn’t the only way social banks are different from mainstream banks. At the heart of social banks is a commitment to ongoing exploration of their ethics and their role in society, and a desire to constantly seek to do more to contribute to the greater public good. This is not a model that seeks to engage in financial speculation for the benefit of the few, but one that identifies and supports enterprises and organisations that operate in the real economy and to add directly to the collective good. Now that is an idea worth supporting.

Pauline Hinchion is director of operations at the Scottish Community Re:Investment Trust.

0 0
USMAN
over 7 years ago
A SPELL CASTER..... If you'd like to increase your income, especially if you'd like to have the convenience of working from home but you need ideas on how to do that, then this is just the money spell you're looking for! After this spell is cast you may start seeing things in a fresh, exciting and more profitable way. You might start seeing doors open to more income making possibilities. As the ideas come to you, and you begin to put these great ideas into practice, it will attract even more income!