Charities must get serious about new tax evasion rules

The new Common Reporting Standard (CRS), which derives from international rules designed to prevent tax evasion, has to be reported on for the first time in the UK later this month. The regulations are onerous and, along with most organisations, apply to charitable companies and trusts that are deemed to be ‘financial institutions’. By 31st May submissions must be made to HMRC of any reportable information that relates to 2016.

As is often the case with the introduction of legislation, there are some issues causing concern within the third sector about these new rules. Because they are not charity-specific, there has been a lack of clarity on how charitable trusts and companies should comply with the legislation. 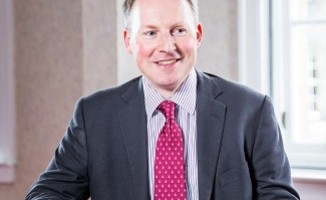 While HMRC could potentially impose penalties for inaccurate reporting or failure to report, it has stated it will adopt a softer approach in the first few years

While HMRC has tried to address this in itsCRS manual, the process for identifying reportable accounts and performing due diligence is complex. To its credit, HMRC has sought to work with charities through webinars and official presentations but teething problems are likely as the legislation comes into practice.

There is also some further clarity needed as to what extent separate charity trust investment portfolios and endowments should be aggregated when considering whether or not they meet the definition of a financial institution.

Awareness of CRS legislation and who it applies to is perhaps the biggest concern. Unlike the US Government FATCA reporting regime, there is no exemption for charities and this difference may be overlooked by some operating in the sector.

There may also be some difficulty in interpreting the rules in respect of indirect beneficiaries. Where grants are initially made to intermediaries, care needs to be taken on deciding precisely who should be reported upon.

Other issues for charities to manage under the new regime include understanding that the reporting periods are calendar rather than financial reporting years, and that the income level test is on a three year cumulative basis starting with the year before the reporting period. They must also ensure they comply with data protection legislation when collecting, handling and storing information on reportable accounts.

While HMRC could potentially impose penalties for inaccurate reporting or failure to report, it has stated it will adopt a softer approach in the first few years. Provided that any charity organisation bound by the CRS rules has made a genuine attempt to identify reportable accounts and perform due diligence it’s hoped they’ll not face penalties at this stage.

As the 31st May deadline approaches, charities must establish if they are a financial institution and, if so, start to identify and perform due diligence on any reportable accounts. I would advise organisations to start looking at their internal procedures to ensure they meet with data protection requirements and also build changes into their existing grant application processes going forward to minimise the additional administrative burden.

Charities required to comply with CRS rules also need to remember to periodically review the tax status of their beneficiaries to ensure they remain compliant.

Euan Morrison is head of charities at Chiene + Tait