#ChristiePlus10: Building on the momentum of Hard Edges Scotland 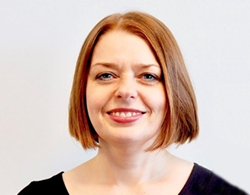 As part of #ChristiePlus10, the Robertson Trust and Never More Needed will be producing a series of blogs in the coming weeks reflecting on 10 years since the publication of the Christie Commission. Our first contributor is Suzanne Fitzpatrick, co-author of the Hard Edges Scotland report and Professor of Housing and Social Policy in I-SPHERE at Heriot Watt University, who provides analysis through the lens of severe and multiple disadvantage, reflecting on where we are now after the initial momentum which followed the launch of the report in 2019.

When we started on the Hard Edges Scotland research back in 2016 we had a sense that it may be quite impactful. A similar study in England had caused waves, prompting intense debate amongst charities, and to some extent the UK Government too, about how best to address severe and multiple disadvantage.

The basic idea behind both studies was that, anecdotally, there was thought to be a high degree of overlap between people experiencing the sharpest end of homelessness, substance dependency, and involvement in the criminal justice system, but the scale and profile of the population affected was unknown. There was a strong suspicion that an array of public services were, in essence, looking at the same group of people through different ‘lenses’, and responding to them in an uncoordinated, ineffective and, likely, highly expensive way.

In the Hard Edges Scotland study we found around 190,000 adults had experienced at least one of homelessness, offending or addiction in a typical year, with a larger group again impacted by domestic violence and/or mental ill health. While the English study was mainly limited to statistical questions, we were able to push further with the Scottish research, undertaking in-depth case studies of service responses in six local authority areas.

What we found was shocking in some ways, but not necessarily surprising to some in the field. A stand out finding was that the most effective help came from criminal justice social workers, who seemed uniquely well placed to provide the holistic, pro-active, ‘sticky’ support required by people facing severe and multiple disadvantage. A court order was frequently seen as the ‘passport’ for accessing the substance misuse and mental health services that people often sorely needed. Out of sheer desperation, people sometimes committed offences, or service providers even sought to have their clients arrested, just so that they could gain this vital help. The criminal justice system was playing a ‘last resort safety net’ role for which it was not designed.

In the absence of a court order, council statutory homelessness services most often ‘carried the can’ in attempting to help this population. But they had no command over the addictions and mental health inputs required. Extreme rationing of mental health services meant that even getting an assessment could be an insurmountable hurdle, with a punitive approach taken to missed appointments that could almost have been designed to stop people living in chaotic circumstances getting the help that they needed. At the time of the fieldwork, in 2018, there was also sense of ‘substance misuse services in retreat’, with diminished access to residential rehabilitation services in particular.

As we neared the end of the study some members of an advisory forum of senior strategic people, mainly from Government, poured cold water on it, saying it was unlikely to tell us anything new and that the relevant matters were already in hand at policy level. We advised the funders to hold their nerve and thankfully they did.

In the event, Hard Edges Scotland prompted a strong and immediate reaction from stakeholders across board. On publication, Scottish Ministers asked officials to consider its implications for developing better joined up policy and practice, and it informed the 2019 Programme for Government commitment to develop a “national vision for severe, multiple disadvantage” supported by an “Inclusive Scotland Fund”. Meantime, the research team were inundated with requests to speak to public health, GP, homelessness, social work, community justice and other audiences across the country.

The remarkable cross-sectoral momentum generated by the Hard Edges Scotland report seems, for understandable reasons, to have stalled during the COVID pandemic. Moreover, while there is much talk about ‘person-centred’ care and ‘no wrong door’ access, perennial problems remain of largely siloed services and major obstacles in securing sustainable funding for integrated approaches. Nonetheless, there are signs that the political will persists to move forward with this agenda. Healthcare Improvement Scotland, for example, has recently been tasked with developing an improvement programme focussed on people experiencing homelessness and substance use, amidst recognition of the strong link between Scotland’s appalling record on drug-related deaths and multiple and complex support needs. The Housing First Pathfinder, providing mainstream housing and wrapround support for homeless people with complex support needs, is progressing well across Scotland. The Scottish Government has accepted in principle recommendations by the Prevention Review Group to improve case coordination for people with multiple and complex needs at risk of homelessness.

Pushing the prevention theme further upstream, in the spirit of the Christie Commission, our evidence demonstrates the fundamental role played by childhood poverty in driving these extremely negative outcomes in adulthood. Success with the agenda encapsulated in the Child Poverty Act 2017 would therefore go a very long way to preventing severe and multiple disadvantage. Tackling the pervasive and traumatic impact of violence on the lives of people directly affected - at home, in school, in the local community, in city centre streets, and in hostels and settings – is the other key priority.

The extremely poor quality of life suffered by people facing combined problems of homelessness, addiction and offending, and the devastating impact that their behaviour can have on the children and other vulnerable people in their lives, provides an overwhelming moral case for moving forward at pace in smoothing these particular, especially sharp, Hard Edges.

Suzanne Fitzpatrick is Professor of Housing and Social Policy in the Institute for Social Policy, Housing, Environment and Real Estate (I-SPHERE)