#ChristiePlus10: Radical Scotland? Not yet, but we can be if we choose. 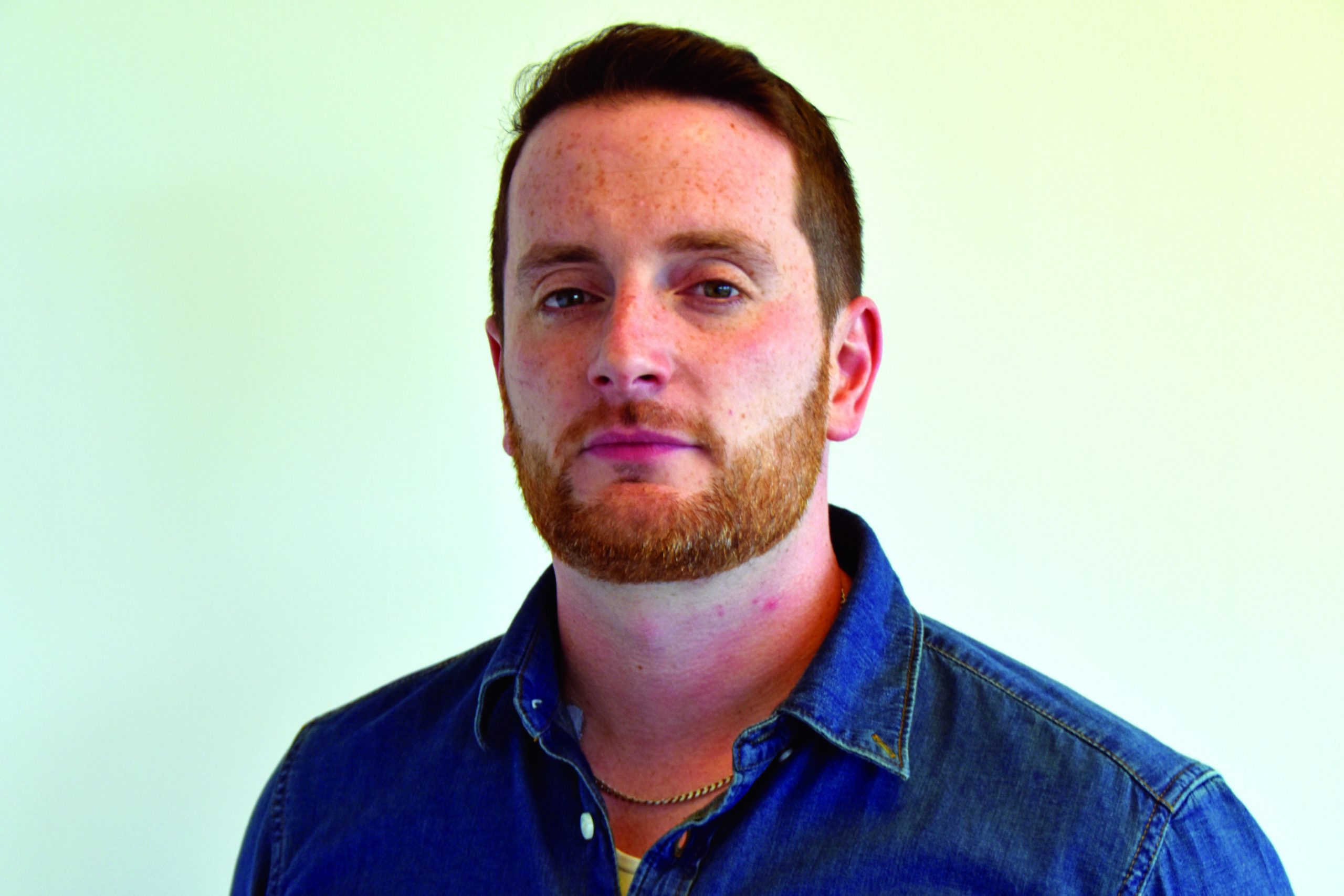 As part of #ChristiePlus10, we will be publishing a series of expert blogs in the coming weeks reflecting on ten years since the publication of the Christie Commission. Our next contributor is Adam Lang, head of Nesta in Scotland, who reflects on the need for radical and disruptive change if we are to really tackle the social and economic policy challenges facing Scotland.

In recent weeks, as we mark a decade on from the publication of the landmark Christie Commission on the future delivery of public services, a lot has been written and discussed about the social and economic policy challenges still facing Scotland by people much wiser and more experienced than me. As such, it has been hard to know what to add to the debate that hasn’t already been well articulated by others.

However, reflecting on this challenge, I have become increasingly aware of the fact that it is this very point that’s at the heart of the problems we face in delivering change in Scotland today. We are great at articulating our problems, but not so great, unfortunately, at the radical and disruptive change needed to really tackle them.

Whether it is the Christie Commission, the Carnegie Trust’s Enabling State work, Nesta’s Radical Scotland paper, JRF’s policies for a Scotland without poverty, the Lankelly Chase Hard Edges report, the Independent Care Review, the Commission on Housing and Wellbeing, the recent Feeley Report on adult social care or any of the umpteen working groups, commissions and inquiries that have run in recent years across every major policy issue, there is, and has been, no shortage of ideas, evidence and recommendations for action. Yet our systemic problems endure and the need for evidence-informed action and rigorous innovation has never been greater.

Scotland already faced shameful, morally intolerable and economically self-defeating levels of inequality, poverty and deprivation before the COVID-19 pandemic and it is a simple statement of fact that the trauma of the last 18 months will have served only to deepen the existing fault lines in our society while accelerating the rise of new ones. But this is not intended as another article diagnosing and describing our many already well documented problems. Instead, I want to focus on what we can do, here and now, to help make a difference.

In a piece I recently co-authored for the RSA with Chris Creegan, we jointly posed the question to civil society and policy makers in Scotland: can we actually get things done? As I have thought more about this in recent days and spoken to inspiring people on all sides of our issues, I am increasingly convinced that we can. If we choose to. There are three main areas where I think we can act now with the resources and structures we already have to not only make a difference quickly, but also to create the conditions for more and better social innovation in the months and years ahead.

The first area we can act on now is on the kind of leadership and culture we want to champion and develop to meet the shared challenges we face. Often where there is evidence of things getting done locally or examples of great local practice making a difference (of which there are many across the country), it can be traced back to that one inspirational person or leader that has chosen to use the powers and authority they have to make things better. We need more of this enabling leadership and culture at all levels and across all sectors if we really want to see the kind of changes we need take hold. We need to decentralise where the power and authority to act sits, shifting it to the individuals or communities most affected by the challenges we face and where decisions or actions will have the most impact.

Not only do we need leadership that empowers in this way, I also believe, probably controversially, we need leadership that better empowers people to fail. This might sound counterproductive but if we really think that, in the face of a global pandemic, unprecedented economic pressures, a national mental health crisis, deep structural inequalities, a climate emergency, a fourth industrial revolution and ingrained systems of cyclical poverty, we know how to get things perfectly right for people first time, then I fear we are setting ourselves up for disappointment.

We need to recognise that trying, failing and learning is often exactly how we make progress. It is how we innovate and change things for the better. I know that this falls into the category of easy to say in a blog post, but much harder to do in reality with all the challenges of local accountability, competing agendas, budget scrutiny and constrained resources. But I do believe it is an important part of the culture change in leadership, risk management and operation that we need more of in the future. It might provide some comfort to know that there is support for this kind of approach from the Scottish public too. In 2019, research from Nesta Scotland showed that a majority of the public in Scotland (69%) believe that allowing people to take risks and fail is what drives society forward.

The second area for action is on data.

The pandemic has highlighted the value of and need for robust, standardised and open data to help inform decisions around complex issues, guide communications and drive public engagement. Given our national ambitions to be one of Europe’s leading nations on data driven innovation, there is a real opportunity for Scotland to push the boundaries of how data is used and shared in public services and social movements.

The opportunity to embrace open data as both an enabler and driver of insight and innovation has never been better and Scotland is ideally placed to take advantage of the opportunities this offers for designing and delivering better and more preventative public services. However, we have a long way to go both culturally and operationally.

However, as a small nation with a large public sector and strong set of shared public policy priorities, Scotland could be a pioneer in delivering interconnected, open and real-time public service data. Great progress has already been made in areas such as the Edinburgh City Deal focus on Data Driven Innovation, the groundbreaking UNICEF Data for Children Collaborative and at a social policy level in linking homelessness and health data in Scotland. These initiatives and the lessons we learn from them should be further mainstreamed into our approach to public service reform and delivery.

The final area where I believe we can act now in a more preventative and innovative way is to reconsider how we use the finances available to us to enable and drive the kind of change we want to see in Scotland. As recently set out by Fraser McKinlay, former Director for Performance and Audit Scotland, in his excellent blog for The Promise reflecting on a decade on from Christie, “We need to better understand how money is currently spent and to what end; how we can better spend that money in future; and how we need to invest to make the shifts required.”

This is something that we have long championed at Nesta across the UK. In our 2010 report Radical Scotland we set out an ambition for a ‘New Community Status’ initiative that would provide greater local agency for developing new approaches in public services that would aim to be both better and cheaper. The model intended to guide locally-led innovation via national programmes of reform and reinvestment that focused on progressively decommissioning capacity from existing services that we wanted to shift demand away from such as acute care in hospitals. Instead, investment would be moved to new preventative approaches that managed and reduced demand more effectively. The idea was to grant key public service providers such as local authorities and health boards access each year to a rebate equivalent of up to 1% of their annual budgets in health, justice or social care, funded through disinvestment in existing demand-led services. In return, providers would have to repay half of the savings they make as a result of innovation activities to central government each year.

While the specific model detailed in that paper from 11 years ago is probably no longer the right one for Scotland today, it is an example of ways in which we could be smarter with our approach to public finance for impact. Something we have more of an opportunity for now in the context of the cross cutting objectives of the National Performance Framework than ever before. Other parts of the UK are already leading on similar blended finance initiatives in support of public service innovation. For example, in Wales the public service innovation lab, YLab (a partnership between Nesta and Cardiff University) works with the Welsh Government and the Welsh Council for Voluntary Action on their ambitious Innovate to Save programme that uses blended finance models to support public service innovation that delivers demonstrable savings to the Welsh public purse. Given the greater devolution of both economic and social policy powers in Scotland, there is much more we could do on this front to make better use of the finances we have to develop, drive and scale preventative social innovations.

There is no shortage of good ideas for us to choose from in Scotland. But it is also true that radical reform, change and innovation are hard. At Nesta, we are all too aware of this. It is why our new strategy to 2030 is centred around three innovation missions linked to some of the biggest societal challenges we face:

Ten years on from the Christie Commission it is an uncomfortable truth that we haven’t delivered on its ambitions. We haven’t reformed in line with its aspirations and we haven’t been bold enough, fast enough or radical enough in resourcing its aims or holding accountable those responsible for delivering its objectives. But we know what needs to be done and how to get there. It’s on us now to deliver. The need is urgent. It’s time to be bold and radical in order to deliver the change we need.

Adam Lang is Head of Nesta in Scotland, a member of the Board of Trustees at the Scottish Council for Voluntary Organisations (SCVO), a Fellow of the RSA and sits on the Data Driven Innovation Advisory Board at University of Edinburgh.

0 0
Mary MacCallum Sullivan
over 1 year ago

Government departments and other statutory bodies are resistant to identifying failure and acknowledging the need for change. Managers and directors are defensive, resisting criticism or healthy debate, especially from 'below' or 'outside'. A new culture of 'listening' and 'deliberation', already modelled by Citizens' Assembly principles, could usefully be trialled within services, in collaboration with clients/service users, and/or representatives of other relevant professions and bodies. Then people affected by or involved in the activities being addressed, feel engaged, committed, recognised and respected. It makes a difference!