Communities should be able to own their own land

​Linsay Chalmers outlines the key issues raised at the Scottish Land Reform Conference 2016, and argues that communities owning the land where they live is vital to reduce inequality

The Scottish Land Reform Conference 2016 brought a wide range of individuals and organisations together in Edinburgh to discuss key issues in land reform in the run up to the launch of the new Scottish Land Commission in November. Once established, this commission will take on responsibility for driving the Scottish land reform agenda forward in future years.

Community Land Scotland was set up six years ago when a group of 17 community landowners, concerned that the land reform agenda which had been fuelled by the passing of the Land Reform Act 2003 and a wave of community land buyouts, was starting to wane. Many of the early community landowners, such as the Isle of Eigg Heritage Trust and the Knoydart Foundation, were seeing the benefits that owning the land where they lived and worked could bring and were determined that other communities would have the same opportunities. 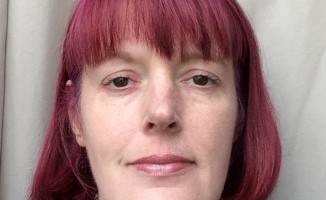 Although much progress has been made, many communities have plans and ideas for development that are stifled by a lack of access to land

Seven years later, Community Land Scotland has 70 members collectively owning over 540,000 acres of land and land reform is firmly back on the Scottish Government’s agenda. In a year when Community Right to Buy became available to all communities in Scotland, both rural and urban, and a new £10 million a year Scottish Land Fund was launched, our conference was an opportunity to discuss where land reform needs to go next.

Roseanna Cunningham MSP, the cabinet secretary for environment, climate change and land reform - the first member of the cabinet to have “land reform” in her job title - kicked off the conference with a commitment that the Scottish Land Commission would end the stop-start nature of land reform in Scotland. She also talked about how land reform would help reduce inequalities between communities in terms of opportunities for sustainable development.

Lorne MacLeod, chair of Community Land Scotland, set out our members’ vision for land reform. Although much progress has been made, many communities have plans and ideas for development that are stifled by a lack of access to land. Lorne called for legal loopholes in the law around Community Right to Buy to be closed, as well highlighting the need for a means of breaking up monopoly ownership of land where a single landowner has a stranglehold on development across a large area. Lorne also encouraged the Scottish Government to make it easier for communities to buy land from the newly devolved Crown Estate and encouraged all landowners to take a human rights based approach to managing their land.

The afternoon session at the conference saw a lively debate about the future of land reform which covered forestry, tenant farming, private landownership, urban landownership and human rights.

Delegates heard a personal story from Sally Reynolds, who grew up on the Galson Estate in Lewis, which has been community-owned since 2007. The fact that it didn’t own its land was brought home to the community in 2004 when an application for a large scale windfarm on its moorland was made. This was a driver for the community to buy the estate, where it has developed a business centre, nature reserve, and a smaller number of wind turbines, the profits from which will be ploughed back into the community. 75% of people living on the estate are members of the Galson Estate Trust and children growing up on that land will never again experience that feeling that the land they live on is not theirs.

For anyone interested in finding out more, take a look at our website www.communitylandscotland.org.uk, where you will find an interview with Sally Reynolds.