Complacency verging on complicity - is the aid sector opening up?

This opinion piece is over 4 years old 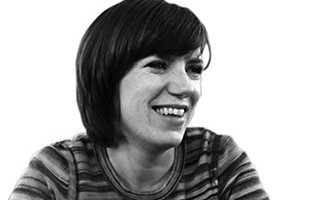 Their vision should be for their brand to become obsolete because they have supported communities to become resilient enough to find their own solutions to the worldly winds they face.

It’s been a rough year for the international aid sector, leading to a group of MPs in July this year accusing them of “complacency verging on complicity” in the face of endemic sexual abuse. So, it was pretty disappointing that when TFN contacted aid agencies to ask them fairly basic questions about the number of expats they employ, only half responded.

Less than 12 months after being excoriated by the press for bad management – the week TFN went to press, Save the Children revealed 28% of staff had experienced either discrimination or harassment – organisations are refusing to engage with the sector press.

While those who did respond were able to highlight their work to redress the imbalance between western expats and local staff and aid recipients, the silence of their colleagues made it impossible for us to establish a pattern.

It prevents TFN from embracing the assertions of Jane Salmonson of Scotland’s International Development Alliance about good practise in the sector. Could this be wishful thinking?

The focus the sexual abuse revelations have brought to safeguarding has had a welcome and society-wide impact, however, our article makes it clear there’s a lot more the sector needs to do than strengthen policies.

Baroness Nicholson’s point about the way the UK Department for International Development funds the aid sector through these huge corporation aid agencies is a good one.

Oxfam had an income last year of £400 million, Save the Children was similar, the British Red Cross raked in nearly £300m. The brands of these charities are some of the most famous in the world, alongside the likes of Coca-Cola or Nestlé.

Is this really the best way to save the world? Yes, it has worked to a certain extent but could a different approach work better?

Baroness Nicholson is right to call for funding for locally grown organisations that understand the communities in which they operate.

Perhaps aid agencies would be better to operate as local funding bodies rather than actual service delivery organisations.

Their vision should be for their brand recognition to become obsolete because they have supported communities to become resilient enough to find their own solutions to the worldly winds they face.

The international aid sector is a far cry from Victorian missionaries but expats living in gated communities on salaries unthinkable to their local colleagues perpetuates the “we know best” approach. Our article does suggest that for some organisations this is changing, but not all of them.

Others don’t seem to have learned the one basic lesson the Oxfam debacle should have taught them – third sector organisations should be open and transparent. If they don’t feel they can be, they’re probably doing something they shouldn’t be.

Make sure you read our investigation into the aid sector in the latest TFN magazine - subscribe here.