My election pitch to the third sector is a simple one: the issues that matter most are being neglected due to constitutional politics. So if we can resolve those constitutional matters, we can move on and focus on what really matters.

This clearly applies to Brexit. There is a deal ready to be signed on the dotted line that would give economic certainty. But even more important, in my view, would underpin citizens’ rights in both the EU and the UK.

I have been regularly approached by charities concerned at the potential impact continued uncertainty would have on individuals and families. I agree, and this election is a chance to seize the deal that would guarantee their rights. 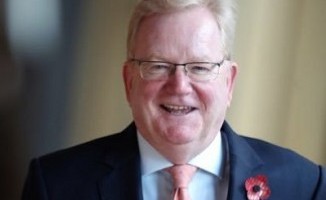 But it particularly applies to Scottish politics. Ministers only have so much bandwidth. The civil service only have so much capacity. The simple truth is that if a government has an overriding mission rooted in the constitution, it is going to push other issues to the back of the queue. That is what we have had since 2014.

Worse, it encourages them to point the finger rather than take action: look at the recent controversy over drug deaths. There is no doubt that we need to see this as more of a public health issue than a justice issue. The Scottish Conservatives have pursued that approach, and in the summer, we published imaginative plans to offer treatment for a first offence.

But the SNP government has been too quick to attack the UK government, rather than admit the complexity of the issue and see their own missteps – such as changes to alcohol and drug partnership funding. Constitutional politics doesn’t just mean distraction, it reduces scrutiny, too.

If we can settle these constitutional arguments, we can move on. In the early days of the campaign, we have seen some of the policies that a future Conservative government would pursue if re-elected. Ending the benefits freeze is a policy I am sure many charities would support.

Plans to raise the minimum wage to £10.50 an hour will be, too. Spending plans to level up education funding, boost the NHS and recruit more police officers are England-only – but will result in Barnett Consequentials that can be put to similarly good use in Scotland. The choice on that funding will be made in Holyrood, and I hope charities will feel the benefit.

All elections are choices. This one is particularly stark: whether we continue with years more division and constitutional politics – or get back to the things that matter. My pledge to the third sector would be to focus above all else on the latter.

Jackson Carlaw is deputy leader of the Scottish Conservative Party.