A vote for the Liberal Democrats is a vote to stop Brexit and build a brighter future for Scotland in the United Kingdom.

Our new leader Jo Swinson presents a fresh, new choice for the future in stark contrast with Jeremy Corbyn and Boris Johnson who represent the divisive past.

We are aiming high in this election. We have a once in a generation opportunity to reshape our politics, and give hope to the millions of people who want a fairer, brighter future.

Both the Conservatives and Labour are stuck in the past, failing time and again to build a better future.

We beat them in Scotland in the European elections in May and now we intend to do the same again.

And we are determined to take the fight to the nationalists as well. 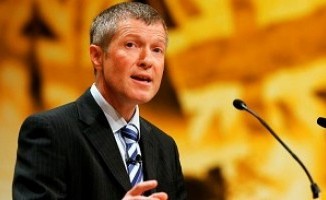 We’ve seen the chaos and uncertainty that Brexit has brought. Why on earth would the SNP want to start that all over again with independence, which would mean more borders and checks between Scotland and the rest of the UK?

This general election is about the direction of our country for the next generation. The Liberal Democrats have an ambitious plan for the future of our country, where every person, every community and our planet can thrive.

Brexit has caused economic pain and uncertainty from Caithness to Cornwall and prevented us from tackling the real issues facing the country. That’s why we are committed to stopping Brexit and using the £50 billion remain bonus to invest in public services and tackle inequality.

A Liberal Democrat government will invest in education and provide the money for the Scottish Government to recruit more great teachers so every child achieves their potential.

We are also committed to a transformation of mental health services so that mental health treated as seriously as physical health.

Scottish Liberal Democrats have led the campaign for better mental health services in Scotland. At the moment children wait up to two years for the treatment they desperately need and services are hundreds of staff short. The SNP were 15 months late with their flagship strategy, delaying critical decisions and investment.

We want to see new mental health staff in all schools, GPs, A&E and police stations.

We persuaded the SNP to make this investment, but they haven’t followed through with their current level of commitment.

Rather than ploughing on with a damaging exit from the European Union or breaking up the UK with independence, Liberal Democrats will deliver a brighter future for the whole of the UK.

Willie Rennie is leader of the Scottish Liberal Democrats.