Fighting terrorism starts from within

In light of the suspected terrorist attack in an nightclub in Istanbul this week, and indeed the recent attack in Berlin, it is important to remember that they are conducted by individuals who subscribe to an extreme viewpoint. Following 2016 attacks in Paris, Ankara and Brussels, to name a few, we run the risk of fearing and hating whole communities, faiths, cultures and nationalities because of the actions of a small number of individuals.

It is easy to feel threatened, to feel suspicious of anyone who appears different, to distrust refugees, asylum seekers or anyone who comes from a different background or culture. We fear what we do not understand and we hate what threatens us. Extremist and radicalised behaviour is a threat to our security but it doesn’t exist in just one culture, faith or country. There are many different strands of extremism and for each individual who goes through some form of radicalisation, another takes a different path. As the Centre for the Prevention of Radicalisation leading to Violence (CPRLV) puts it: “The process of radicalisation leading to violence follows a nonlinear, non-predetermined path, shaped by multiple factors ... The process is the result of the confluence of a specific personal journey and a system of beliefs justifying the use of violence…”

If a person who commits an extreme and violent act is influenced by their surroundings and a sense of threat to their identity, in addition to multiple other factors, can we really judge every member of their community, family or culture for an act that came from a complicated personal journey?

We have a responsibility as a society not to judge a whole community for the actions of a few and we also need to remember that extremism and radicalisation do not just exist within one nation, community or faith group. In the UK, for example, we still face the threat of sectarian violence in parts of the country as well as far-right extremism. At the end of last year, membership of the far-right group National Action was made illegal. If it is the feeling of threat (along with other factors) that leads to radicalisation and extremism, then we need to look within ourselves and our communities to work out how we tackle it and how we engage with other communities to prevent it taking root there too. 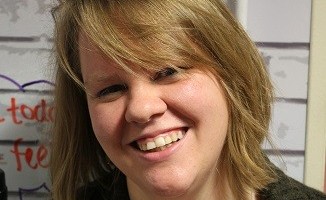 If we look at the ladder of prejudice, we all have the potential to fear and stereotype and to then exclude, belittle or ridicule. Following that we might start to discriminate and treat others differently based on the stereotypes we have put on them which can eventually lead to violence. Recognising the potential to fear and hate within ourselves is a key step to overcoming it, to encouraging our families and friends to be open and accept others who may have different beliefs or cultures. By doing so we minimise the opportunities for people to be radicalised as we create a community that welcomes and embraces the differences in people, allowing them to feel safe within their own identities.

Youth work has a particularly significant role to play in this. In May 2016, the Council of the European Union underlined how: “youth work offers a safe environment to grow, build an identity, feel a sense of belonging and be exposed to positive peer influences, and could prevent negative peer pressure leading to violent radicalisation.”

When it comes to preventing radicalisation in young people, youth work’s ability to create a safe and inclusive environment in which young people can discover their identities and feel like they belong is paramount. These methods support young people to be themselves but also be part of a community and find positive ways in which to address the issues they are passionate about.

I have seen youth work methods used to great effect in my work tackling sectarianism in Scotland. I run the Action on Sectarianism website for YouthLink Scotland, sharing resources and best practice in tackling sectarianism and preventing sectarian violence, for the last three years. When young people have been given the opportunity to discuss and address their views in a safe space and are also presented with alternative options their attitudes change as their perspective is broadened.

We need to focus on the fact that the recent acts of terror were committed by an individual or group of individuals who subscribe to extremist views which validate violence. They do not represent entire nationalities or faiths. The media can unfortunately perpetuate the myth that they do, with headlines focusing on the nationality, faith or immigration status of a perpetrator. As a society we need to look past this and recognise that not all asylum seekers are terrorists and that not all refugees have come to the UK to do harm. These are the few, and we need to listen to and welcome the many who genuinely need help or who want to raise awareness of their own culture as well as learn about others.

Let us not focus on who is to blame for these awful events, let’s instead focus on preventing it from happening again, and creating a safer, more inclusive and accepting future for young people.