Foodbanks are not essential – they must close, and for good

Pete Ritchie says the Covid crisis shows us that the era of the foodbank must end - instead, let's have a system that allows people to live in safety and with dignity

One of the first lessons we’ve had to learn in this crisis is that running out of food is not a problem of supply. It’s a problem of distribution. £1 billion worth of food that would otherwise be on the shelves, is in people’s cupboards and fridges.

Meanwhile, foodbanks up and down the country view the lockdown announcement with alarm. Will they get supplies from public donations or be able to buy them from the supermarket?

How will they cope without the (often older) volunteers who are now not allowed to leave their home to work in them? Will they be allowed to stay open?

There’s no doubting the good intentions of the people who run and work in foodbanks. They have been picking up the pieces of ten years of austerity. But now, enough is enough. 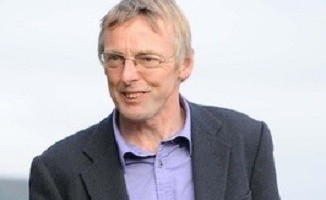 It’s completely possible to give people money to buy food themselves if they have run out of cash. In Scotland, it’s called the Scottish Welfare Fund, and it’s just been more than doubled by the Scottish Government. It’s perfectly possible to issue people with a card to use in shops which the government then loads with money. In Scotland it’s called Best Start Foods. It’s perfectly possible in the short term for GPs, schools and welfare agencies to hand out supermarket vouchers if people need them.

Making foodbanks inessential takes a little money, sure. To cover the cost of the food given out each year by Scotland’s foodbanks would be around £6-7 million – 2% of the £350m investment in tackling poverty announced last week by the Scottish Government.

To raise the incomes of the poorest 10% of the population of the UK by £30 per week and make a real dent on food insecurity would cost £10bn – 3% of the rescue package announced last week by the UK government.

And it needs a little work to imagine a Scotland without foodbanks – but rather less than imagining a national lockdown, a ban on weddings, rail renationalisation, no football, no church, no Olympics.

We’ve discovered that we genuinely are all in this together this time. So let’s not pretend that it is essential for people who have run out of money for food (who may themselves be vulnerable) to go to an agency to collect a voucher to take to another location when there’s little or no public transport to get a parcel of food which they haven’t chosen, often from an older volunteer who themselves should also be staying at home. And remember, the food itself has come from the supermarket where everyone else goes.

Foodbanks are not essential, and it’s time to close them for good. We are all enlisted now.

0 0
Laura
about 1 year ago
I refer people to the food bank as I work for the Scottish welfare fund scheme. The people I refer receive more money in benefits than I do in my wage and have no money due to poor money management. This is what needs to get tackled in Scotland. Poor money management is big issue.

0 0
James Hennessy
about 1 year ago
I have worked for a Foodbank for 5 years and often thought about moving to a cash distribution service, However in practice it just would not work. Many of our clients have Drink, drug and mental health issues they simply can't cope with cash or society. Many just need a chat and for a few brief moments feel that they are valued. To anyone looking at it from the outside we look pathetic trying to change the world one can at a time but believe me our roll is much more about the Human beings than the baked beans.

People I know on benefits run a cycle. on the day they get their fortnightly benefit they buy tobacco for 2 weeks then blow the rest on alcohol. this lasts 4 days before the run out of money and then spend the next 10 days at the foodbanks....till they get their next benefit and the cycle starts again.

nobody in our country has to starve, thanks to the welfare state. anybody who has no money for food has used the money provided to them for food on other things.

to stop food poverty, give claimants food vouchers that cannot be used for alcohol or tobacco, so these vouchers cannot be traded you would need to show photo id to use them

0 0
Ross McKechnie
about 1 year ago
I wonder when the author last visited a food bank? I wonder if he has ever visited a food bank? I see he is the director of a food charity and wonder why he would write this piece at this time. Is that all he’s got? Should he not be trying to address the crisis? There’s a global pandemic and he responds with this tired argument?

0 0
Sophy Green
about 1 year ago
As someone who runs a Food Bank I agree with this sentiment but the challenge is that it requires a societal change and this is not likely to happen. We remain driven by capitalists for who making a profit is more important than ensuring that everyone is properly cared for. And, yes, we do need to provide better education on money management. Sadly we will always need support for those who become addicted to alcohol and/or drugs. Also those suffering from mental ill health.

A massive issue here, as with so many societal issues, these days is the drop-out from 'care in the community'. This was launched and lauded at the time as 'empowering' vast numbers of people to live a 'normal' life in the community. In reality it was simply used as an excuse by the UK Gov. to save money and pass massive extra amounts of responsibility onto the charitable sector - some of whom saw it as a great opportunity to bloat their CEO and HQ expenses! We now have a situation where thousands of people are 'in the community' but without the amount of trained support they need; money management, budgets, healthy eating are totally alien to many having been institutionalised for much of their lives.

0 0
Stuart
about 1 year ago
I had to check the date: thought this was the 1st April.Perhaps in an ideal world with no poverty, pandemics, or health issues there shouldn't be a place for FoodbanksBut this is not an ideal world, foodbanks are an essential part of many families lives: it is the only way many parents can put food on the table for their kids.As for the nonsense in the first post: really? Its time to stand up to this ridiculous suggestion that was pandered by the Tories to justify benefit cuts.

0 0
barbie carlene edwards
about 2 months ago

WoW I wish we didn't need to use them but unfortunately we do, I have tried everything unsuccessfully it seem to be able to care for my own children as a single mum and to earn enough py bills nd etc without worry to much I'm such positive person so I will keep trying always and keep smiling big I have even contemplated turning to other ways that I would rather not entertain I will do whatever it takes I guess So we definitely do need the food banks

0 0
barbie carlene edwards
about 2 months ago

WoW I wish we didn't need to use them but unfortunately we do, I have tried everything unsuccessfully it seem to be able to care for my own children as a single mum and to earn enough py bills nd etc without worry to much I'm such positive person so I will keep trying always and keep smiling big I have even contemplated turning to other ways that I would rather not entertain I will do whatever it takes I guess So we definitely do need the food banks

I use a Food Bank and am not ashamed to do so. Neither are any of the other users who I meet there. I don't rely on it and neither do they. Having a chat while waiting in the queue is one of my few social contacts, something I don't get at the supermarket. Just because something is not essential is not a good reason for abolishing it. Very little in life is essential. Nourish Scotland is not essential so why not campaign to abolish that Mr Ritchie?

The obscenity of food banks must be removed from Scottish society. Giving citizens a decent social security system and properly funded social care in their communities is the answer. Rights not charity.

0 0
Claudiajane616@gmail.com
11 months ago
Please help yourself to shops in supermarkets stores than goes to the foods banks plus the fair banks it not recommended to have any foods there is out of date you will have an bad tummy ache please help your health to eat plants based organic vegan products as meats is unhealthy it joined with greenhouse gases emissions from eating meats and fish choices please help your environment is suffering badly from climate changes is real it time to wake up please