As we seek to influence the new Smith Commission to devolve more powers to Scotland, one thing we in the social enterprise community can agree on is the many potential opportunities it provides.

With the very short initial timetable, Social Enterprise Scotland is asking members to input into and provide evidence as to exactly what powers might benefit social enterprises. There are many options on the table.

Current reserved Westminster powers are of course very wide and include welfare and pensions, finance and the economy, company law, taxation, employment and the Work Programme, equal opportunities, immigration, some powers over transport, energy, gambling and many other areas.

We need to decide exactly what powers within these broad areas should be devolved and why they would benefit social enterprises. For example, if most taxation should be devolved, exactly which taxes and why? We’re now engaging with our members on the best way forward. 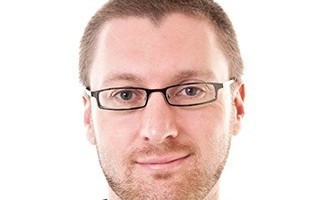 Our aim is to see Scotland going forward as a social enterprise nation and to use any newly devolved powers to achieve this aim. We need a mix of initiatives and mechanisms. For example, social investment is already happening and we need to build on and review it in relation to taxation. A locally tailored employment programme and unleashing our renewable energy potential are other areas where social enterprises can benefit.

Continuing to raise the public and media profile of the social enterprise community and getting people to buy more goods and services from social enterprises is crucial and something we’re already doing. We can link up these efforts alongside newly devolved powers.

We’re continuing to have a robust debate and unprecedented political engagement as a result of the independence referendum. We must take full advantage of this momentum, build on it and retain it over the longer term.

Social enterprise is one vital area where there’s cross-party and much cross-sector support. We generally agree that social enterprises are a good thing and we need more of them delivering goods and services to people.

While we seek to influence which new powers will be devolved from Westminster, social enterprises are already changing society, in Scotland and beyond. They’re in most of our communities, locally rooted and in most sectors of the economy.

They’re taking forward a radical programme of social and environmental change, led by their values of equality, inclusiveness and putting people and planet first. These businesses are going beyond traditional models of delivery and creating a more sustainable Scotland for the long-term.

The journey to a new Scotland will only happen by developing these models with new powers and creating an urgently needed new economic culture and solving entrenched social issues. Whatever new powers we achieve we’ll continue to become a diverse and inventive social enterprise nation. This is a unique and exciting time to be in social enterprise in Scotland.