This opinion piece is over 8 years old
19 June 2014
Guest post
Read next
Stitched up: fury as Tory toff tells charities to ‘stick to their knitting’
4 September 2014 by Graham Martin

Over the last week a new chapter has opened in the attack on civil society’s campaigning role, and not in China or Russia but right here in the UK.

Two senior backbench Tory MPs have just complained about Oxfam’s recent campaign on poverty, which challenges bad UK government policy. Since then, a whole cohort of MPs and right-leaning journalists are calling for charities to stop campaigning on policy and get on with the work on the ground. In other words, charities should be seen and not heard. 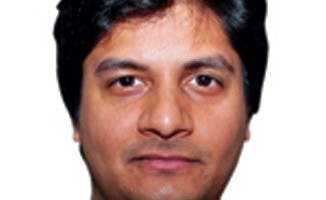 Last year we witnessed a sinister development in UK politics. Several thinktanks and backbench MPs in the Westminster village started questioning the legitimacy, transparency and role of third sector organisations. Charity campaigns against tuition fees, welfare reform and austerity had embarrassed the coalition government. Was this payback?

Since then we have had the regressive UK lobbying and third party campaigning bill enacted. The new laws make it much more difficult to raise issues in the run up to elections. I have also had senior UK ministers complain to me about how lenient Scotland’s charity regulation is to vocal charities.

Three key issues are emerging. Firstly, the Charity Commission itself, whose board is appointed by the UK government, seems to be under pressure by government to restrict charity campaigning. Just as I was hitting publish on this blog, the news broke that it’s proposing that charities report to it on how much they’re spending on campaigning. Why did they specifically campaign against excluding charities from the transparency rules of the UK lobbying bill? Why are they being made to focus on implementing a series of anti-abuse rules, none of which will actually prevent recent scandals, such as the case of the Cup Trust last year?

Secondly, one of the arguments being used against charity campaigning is that they receive government money. But governments buy into our mission, they don’t direct it. The governments of Scotland, England and Wales all agreed in the early 2000s to formally enshrine the right of charities to be ‘critical friends’ of government even when in receipt of government funding. Many charities, us included, also diversify their resources specifically to avoid being exposed to the whim of any single funder.

Thirdly, these MPs seem to be promoting a misleading view that political campaigning is not a legitimate charitable activity. Both the Charity Commission and regulators, such as the Office of the Scottish Charity Register, clearly state that political campaigning is a legitimate activity of charities if it furthers their cause. This includes campaigning against (or for) government policy that affects the people or issues they support. I worry that the real game here is to smear charities that campaign against bad government policy.

In the Oxfam case a further argument was made that the charity did not speak out as much against Labour government policies than current coalition government policies. How on earth is this relevant? Charities campaign on policies they see helpful or unhelpful to their cause. How dare these MPs try and drag our sector into their tit-for-tat political games?

Here at SCVO, we will vigorously defend the space for civil society to criticise bad government policy where they need to do so. This is a fundamental check on representative democracy. Without it, our political leaders have no right to call our country a democracy.