Homing in on the value of welfare

Even watching from a strictly neutral professional standpoint I was as captivated as anyone else by the sheer energy and enthusiasm of the recent referendum campaigns.

This wasn’t, however, just flag-waving and street stalls, there were some really hefty issues being discussed. This was no sterile constitutional debate, but a real contest about a vision for the future of our country that truly mobilised the general public.

Encouragingly, one of the most significant discussions was around social justice and the future of welfare provision for the most disadvantaged people in Scotland. In my view the Expert Working Group on Welfare, established in 2013 by the Scottish Government and chaired by one of my predecessors here at Shelter Scotland, Martyn Evans, did a real service to that discussion by introducing the theme of dignity in welfare.

Too much of the argument about welfare is about who can be seen to be toughest on so called “benefit cheats” and “scroungers” and too little about a system which actually acts as a safety net when people fall and a springboard to a more dignified future – and in so doing restores public confidence in its purpose. 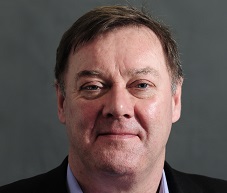 While we are talking about £20 million here or £50 million there, we are losing sight of the larger issue of the £1.7 billion which is spent on Housing Benefit here in Scotland every year

It’s an aspect of public policy debate which is also disfigured by its narrowness. The bedroom tax is one of the most crass and unfair policies that I have witnessed in thirty years of engaging in social policy – and it should be scrapped at the earliest opportunity – but it really is just one part of a much bigger picture. While we are talking about £20 million here or £50 million there, we are losing sight of the larger issue of the £1.7 billion which is spent on Housing Benefit here in Scotland every year.

That £1.7 billion is massively more than the any other aspect of public housing expenditure in Scotland, yet it remains entirely in the hands of Whitehall, impervious to how it might support our distinctive ambitions on a more secure and stable private rented sector or a social housing landscape which offers long-term prospects for tenants.

To be fair, some of the political parties have focussed on the Housing Benefit anomaly and argued for it to be devolved. But let’s be clear: this is not simply about severing Housing Benefit off from the rest of welfare and then delivering the same clunky, bureaucratic system, with the money simply totted up in Edinburgh rather than Whitehall.

If we are talking about devolution we are talking about re-engineering the system of housing allowances and with that must come wholesale reform of other housing subsidies and the tax treatment of renting – another reserved area. In this way, the £1.7 billion Housing Benefit sum becomes part of a bigger pot which allows us to rethink how we do the funding of housing in a more fundamental and comprehensive way than at any time since Beveridge and his fellow policy architects were hammering out the foundations of the welfare state in the 1940s.

That means looking at tax, borrowing and wider equalities issues as much as Housing Benefit and at other welfare support such as Job Seekers Allowance and Employment Support Allowance as well as the unresolved tensions around the roll-out of Universal Credit.

That is not a swift task, nor is it one which can easily be crammed into the dauntingly short timescales which the Smith Commission has been given. Inevitably, a great deal more painstaking work will be needed over a longer period and the critical challenge of transitioning to an entirely new system needs confronted.

The independence referendum was a unique opportunity to think big. This post-referendum period may be a time to think bigger and perhaps even bolder.