How to make sure people living longer live better

Never before have older people made up as large a proportion of our population as they do today says chief executive of Age Scotland, Brian Sloan

I’m sure we’d all agree that increasing life expectancy is a great thing, but, as the national charity for older people, Age Scotland wants to make sure that we’re not only living longer, but that we’re living well for longer.

You never go too long without reading something in the media about the demographic timebomb, and stereotypes of our older population as costly users of services still prevail.

While it’s true that later life can bring challenges, more so for some than others, too often we overlook the huge and growing contribution that older people make to our society. Older people actually provide more care than they receive, are a huge part of the country’s network of volunteers and, to an increasing extent, are a vital part of the workforce. 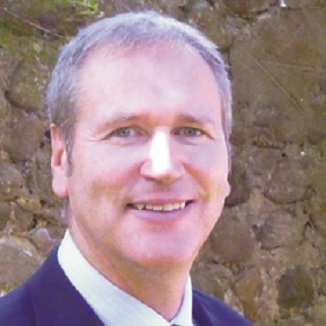 Older people actually provide more care than they receive, are a huge part of the country’s network of volunteers and, to an increasing extent, are a vital part of the workforce

The bulk of those attending are from our member groups, which are groups set up by and for older people in communities across Scotland, ranging from lunch clubs and men’s sheds to befriending groups and handyperson services, but we also have colleagues coming from other settings including NHS, local authorities, and larger voluntary organisations.

A great mix of speakers including former footballer Jim Leishman, Scotland’s Makar Liz Lochhead and Edinburgh University’s Professor Ian Deary, a leading expert on how the brain ages, will provide many varied angles for our discussions throughout the day.

In the lead up to the event we’ve already been asking older people from all walks of life to tell us about their experiences of being older in Scotland. When asked to describe later life in three words, we’ve had some heartening and very positive responses, such as, “fandabidozi, good health, holidays” and “wonderful, exciting, productive”.

But at the other end of the spectrum we’re frequently seeing words such as fear, loneliness, cold, isolation and low income.

Faced with this, our vision of a Scotland where everyone can love later life, seems hard – but we recognised it was ambitious when we included it in the charity’s new strategic plan this year. Ensuring everyone in later life and everyone heading towards it – as in all of us – can face their future with hope and confidence is something all ages need to embrace if we’re to make the change happen.

I’m greatly looking forward to the discussions to be had next week. We’re delighted to see the event drawing people in from as far afield as Arran and the Orkneys, and those who aren’t able to attend can also get involved in the conversation online where we’re using #laterlifeconf.