I saw beyond my blind prejudice about asylum seekers

Martin Johnstone visited Sighthill in 2001 and challenged his own prejudices towards its 3,500 resident asylum seekers. Now, he argues, we must all do the same

As Scotland contemplates the most exciting prospect in a generation to exercise radical long-term hospitality, I have been thinking about the last time such an opportunity arose. Sadly, it exposed me as a racist, blind to my own prejudices and in constant need of transformation.

It was 2001. I was fairly new in post as the Church of Church of Scotland’s Priority Areas Adviser and I was meeting a colleague near the tower blocks of Glasgow’s Sighthill, where some 3,500 asylum seekers had been housed since the turn of that year.

Life was difficult, mistakes had been made and there were tensions. One of the problems was that although housing had been provided, very little of the essential infrastructure – such as health care, education provision and translation services – had been put in place. People had houses but not homes. I am not blaming anyone and I am confident that we will learn the lessons this time around. 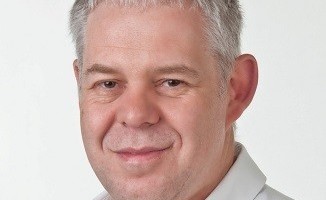 I have had the privilege of getting to know a few people who have come to Scotland seeking refuge. I have been humbled and utterly inspired by them, they have helped to transform our communities and our nation, and they have certainly changed me.

My friend told me that a healthcare team had started meeting in the local church. As the need for medical services was acute for folks who were suffering from all sorts of issues from coping with the coldness of the Scottish summer to post-torture counselling, I was delighted. "Thanks goodness that the health service has finally got its act together," I stated somewhat unfairly.

A wry smile came over his face: "How wrong you are," he told me. "The health care professionals I am talking about are all asylum seekers." And so they were: paediatricians, ophthalmologists, psychiatric nurses, general practitioners and many others besides. It was a salutatory lesson that those who we think we are helping, turn out to be able to help us.

In the almost 15 years since that conversation, I have had the privilege of getting to know a few people who have come to Scotland seeking refuge. I have been humbled and utterly inspired by them, they have helped to transform our communities and our nation, and they have certainly changed me.

A few weeks ago, I attended a talk given by Harvard Professor Michael Sandel in the Scottish Parliament. One of the things he talked about was the notion that things like goodness exist in abundance rather than in short supply. He suggested that instead of thinking of compassion as a scarcity that we need to carefully protect, it is a muscle that the more it is exercised the stronger it grows.

We must respond to the humanitarian catastrophe that is on our shores, and is coming to a neighbourhood near us sometime soon. Yes, it will bring its challenges. I have no doubt however, that it will also have a wonderfully transformative impact on our communities and nation as we embrace the opportunity.

And perhaps I might even lose a few more of my blind prejudices along the way.