Is a poverty of ambition holding our sector back? 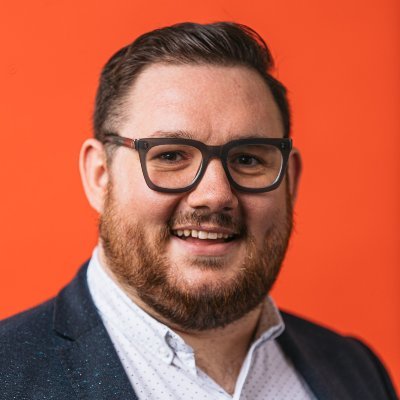 I told my team that I wanted us to aim high – I wanted us to aim to raise £1million. We’ve never done that before, but I’ve always thought we needed to be ambitious in order to reach our goals. After all, HIV Scotland is set up with the mission to end the HIV epidemic in Scotland – that goal in itself is ambitious.

However, when we start to put numbers on to targets – like raising £1million, or having conversations with 100,000 Scots, we all think about failure before we think about success. I think this is a common trait, but I worry that it is holding Scotland’s charities back.

The fear of failure or being seen to fail is rife across the sector. My last blog talked about why I think it’s important for some charities to set an end goal that would mark success. Everyone’s done is different – and some of our work will never be done – but not enough charities are closing after achieving their aims.

Some leaders got in touch to say that their charity had an end goal – but very few had put a target end date for their work. Is the poverty of ambition causing us to fail the very people we purport to support and help?

Here’s the question I ask myself – what makes me scared of failure? I often consider what the impact would be on career prospects, or what my peers might think of me. But should our careers be defined by failures – or how we dealt with them?

If we want to be a sector that truly innovates, then we have to be prepared for failure. We can’t be scared of failure – because it’s never been more important to innovate.  The most successful leaders in our sector happen to also be the most fearless – think of John Loughton who’s innovated and grafted with amazing results. He has done what was needed – and not held back.

The last nine months have been the perfect time to fail. What could we blame? COVID. At the start of the pandemic I told my team that this was the best time to try things, and not worry about the risk of failure. That’s how we innovate. Try, fail, learn, develop and try again.

This iterative approach works so well in the tech sector – so why aren’t we learning? We are so committed to something working, that we’ll pour our blood, sweat and tears into something – when we could just let it fail, learn, develop and try again.

It is true, however, that some charities can’t afford to fail. The risk of failure could cause significant risk to the people they support, and trying something new may cause more damage than good. However, some of that comes down to funders. Funders, those that back the sector, have to back innovation and give charities the space to be ambitious and carry the risk alongside us.

HIV Scotland’s latest project – HIV Services: Designing the Future – is a £25,000 risk. We’re doing something new, learning from the tech sector and implementing a fast-paced service design approach. We’ve spent the last few weeks recruiting someone with lived experience of accessing HIV services to chair our working group and lead this work. If this project improves the lives of people living with HIV, even in a small way, then it will be a success. That’s our done – improving the quality of life of people living with HIV.

So, I want to set the sector a challenge – even in the toughest times, we need to be ambitious. So who will set an ambitious target? Whether it’s a target for fundraising, website hits, blog posts, volunteers, service users or a target date for achieving your end goal. Let’s set ambitious targets and work together, supporting each other to meet them.

We can share and learn together. Our sector should have learning and development at its heart. Let’s not let our own personal fear of failure get in the way of the best results for the people we support; let’s make our recovery one of innovation, iteration and real ambition.