This opinion piece is almost 8 years old
26 August 2014
Guest post
Read next
Murphy: we need a new relationship between third sector and the state
26 February 2015 by Graham Martin

As part of the Clore Social Leadership programme I spent a couple of days at the Henley Business School this summer considering how the future will look for the social sector in 15 years’ time.

As part of the exercise, we were given access to existing futures work which points to an acceleration in the trend towards large global corporations wanting and being compelled to play a greater role in positively influencing society. Futures analysis suggests that businesses are set to become much more focused on meeting the needs of their diverse stakeholders as opposed to solely on the bottom line for shareholders. 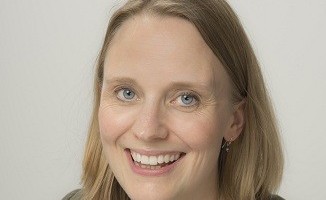 What place for the third sector once the world’s ills are solved by large corporations?

The scrutiny of social media is already forcing businesses to be more transparent as consumers and employees have the power to openly rebel and destroy organisations if they behave badly. In time, this pressure will drive business to concentrate much more on having a values-led approach and creating a positive social and environmental impact.

This theory is that corporate social responsibility will cease to be an add-on and instead companies will redefine their businesses around doing the right thing at scale and seriously considering how they can impact on global goals such as improving education or reducing disease.

‘Really?!’ I hear you sceptically cry! I understand, but consider the quote from novelist William Gibson “The future is already here, it’s just not very evenly distributed”. There is evidence of this trend already with companies such as Marks & Spencer and Unilever already realigning their strategies towards becoming socially valued organisations.

So, as businesses becoming more social and charities becoming more business-like will it all merge into one? And what place for the third sector once the world’s ills are solved by large corporations?

Well clearly the picture isn’t likely to be as rosy as all that. Companies’ behaviour will still primarily be motivated by profit and, with futures work predicting continued and rising inequality, there is still going to be a place for non-profit organisations to serve the most vulnerable and disenfranchised in society.

But whichever way you look at it, the lines between government, business and charity are already become blurred with the emergence of social enterprise, large service delivery contractors and social investment. The third sector as a distinct entity has surely already ceased to exist.

Whether this is a good or a bad thing is hard to predict. My hope would be that there is a net gain in the number of people working to make the world a better place and that socially valued organisations of whatever legal structure are focused on making a real and long-term impact on society.

Jane Bruce is the former director of Venture Scotland and is now a Clore Social Leadership Fellow.

0 0
Ruchir Shah
almost 8 years ago
Interesting analysis Jane, but I don't agree. What's lacking here is a power analysis. Big Businesses don't do the right thing, they do things because it gives them an edge over someone else. More precisely, it gives a certain set of individuals within the business a degree of power over others.There's been a powerful trend in recent years, fuelled by the internet, towards more open business models, open standards and crowd-collaboration. This is fuelling change in Big Business. But in fact they are simply getting with the latest trend to give them an edge over each other. The same people stay in charge.As ever, corporate social responsibility completes the illusion. There isn't really a transfer of power going on. Inequality gaps continue to widen. That's what sets bug business apart from voluntarism and communitarism - that's why they won't all merge into one. Discuss!!