New First Minister Nicola Sturgeon’s move to appoint a gender equal cabinet last week is incredibly important, symbolically and practically. It challenges the (often unexamined) roles we subscribe to women and men in our society, and it is vital that we see more and more women in positions of public power.

A lot has been made of the need for strong female role models so that girls and young women understand that they can break through the glass ceiling and not cap their ambition. This is true, but we also need to hear more about why women in positions of authority are critical role models for young men and boys. The sticky floor dimension of action to tackle the glass ceiling does not receive enough attention. 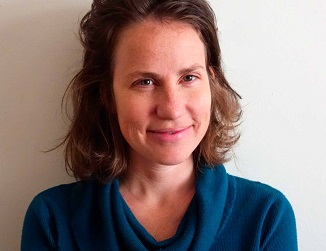 Equal representation remains a key pillar of feminist agendas because the evidence is clear: there is a correlation between greater parliamentary gender balance and the political profile of women’s rights issues

We also need women running briefs that are strategically important to government, because it changes the nature of politics and the substance of discussion. Equal representation remains a key pillar of feminist agendas because the evidence is clear: there is a correlation between greater parliamentary gender balance and the political profile of women’s rights issues and social policy more broadly. Diverse representation in our political institutions is therefore more democratic and better meets the needs of the society.

We now need to see equal representation across all levels of Scottish politics, in the chamber at Holyrood, in local government and across political party structures. At present, this is far from becoming reality. Women hold 35% of seats in the Scottish Parliament (down from nearly 40% in 1999) and 24% of seats in local council chambers. Only 26% of SNP MSPs are women.

Various tools to redress women’s historical exclusion from public life are in operation around the world. Gender quotas are the most successful and are widely used within selection and electoral processes. Of the highest-achieving 20 countries, nine use legally enforceable quota systems, six use voluntary quotas and others use different forms of positive action. Political parties in over 90 countries have adopted some form of gender quota.

This is a hot topic in Scotland at the moment. Engender is supporting the cross-party Women 50:50 campaign calling for quotas in Scottish Parliament, local authorities and on public boards. We were keen to see the Smith Commission deliver powers over electoral process and if this is devolved, Engender briefing papers on parliamentary and public board quotas will follow.

The issue of private sector boards casts the spotlight on gross imbalance within the corporate world. However, perhaps more surprisingly, our own sector does not fare better. Despite a high female employment rate across the third sector, just 15% of chief executives of Scottish charities are women and 5% of chairs are female. We all need to be more savvy about the benefits of gender balance in the workplace.