Enable more political engagement for all

Almost 85 per cent of people in Scotland voted in the referendum, an amazing turnout and one of the biggest in voting history. Many people with learning disabilities voted for the first time, so the big question now is what can we do to keep them engaged?

The answer lies with our politicians.

I didn’t realise it at the time, but that statement could have summed up why we at Enable Scotland worked so hard to support our members, people who have learning disabilities, to make an informed choice about their vote on September 18. Our members had said they felt alienated from the process of voting and we wanted to get into their hearts and minds. And importantly, we wanted them to take up their right to vote. 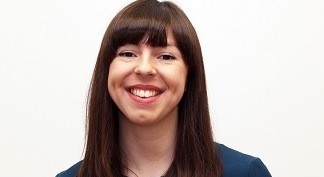 In the end, however, people had one overarching thought: if all this was possible for the referendum, why wasn’t it before? And will it be again?

People with learning disabilities have never been on politicians’ radar at election times. But by producing material in accessible language, and getting people such as Blair Jenkins, Johann Lamont MSP, Joan McAlpine MSP and Jackie Baillie MSP along to hustings events aimed solely at people who have learning disabilities and their carers, all that changed.

For possibly the first time, our members heard from people who were talking their language and not that of the usual hustings rhetoric.

It was utterly refreshing and appreciated by everyone who attended, myself included. The issues people raised showed how people who have learning disabilities think about what is important to them.

The topics ranged from the bedroom tax and how life would change for people who have learning disabilities following either vote, to the future of the NHS and benefits such as bus passes. The issues were not dissimilar to the general public’s questions, but given a fresh airing by a group so often ignored.

I have to praise both the Yes and Better Together camps for compiling easy read manifestos (although, these could have been produced far earlier in the process). The feedback was really positive, with people saying how useful it was. Note to politicians: is there a message here about clear accessible information being helpful for everyone?

Equally importantly, my thanks to everyone who met with our members to answer their questions. Again, the feedback was unanimously positive.

In the end, however, people had one overarching thought: if all this was possible for the referendum, why wasn’t it before? And will it be again?

My plea to politicians, not just in Scotland but all over the UK, as we head toward a general election in 2015 is to ensure that you continue to consider voters with learning disabilities in their election campaigns.

Your actions lead up to our historic referendum vote won the hearts and minds of the people you talked to and engaged for the first time. Don’t lose them again. Don’t lose sight of making our country fairer for all, and give those people who often feel most marginalised access to the right information to keep them engaged.

Work with us and others in the third sector to make sure we continue to talk to people who have learning disabilities about their concerns in their language.

You have set a standard that Enable Scotland’s members asked for – let’s strive to maintain it.