Not a political football, but a humanitarian emergency

The picture of three-year-old Aylan Kurdi’s body, washed up on a Turkish beach, has triggered a groundswell of revulsion and outrage across the world.

It should not have taken such a senseless tragedy to focus our minds, yet recent news headlines have made stark reading. Characterised by words such as “migrants”, “masses”, “swarms’ and “hordes”, they have been written to provoke strong reaction and opinion.

There has been more written about the Syrian conflict in the last few weeks than I remember in the last few years, with the vast majority of it focussed on the impact the conflict has brought to Europe’s shores.

Boats with thousands of people arriving on Greek islands every day whose populations and services are already stretched beyond measure, images of refugees being stopped by police in Hungary and Macedonia, stories of children dying in the back of trucks in Austria.

And then there’s the distressing photos of Aylan, who died along with his brother and mother. It is an affront to our evening viewing, it disturbs our senses, it makes us feel uncomfortable. It should. 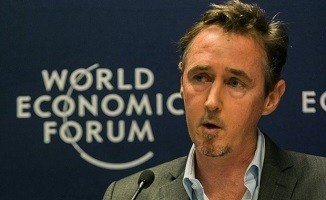 We have been distracted by the short term political objectives of this crisis, it takes the death of a three year old to shake us to our senses

For too long the world has waited for a political solution to the Syria conflict, the ripple effects of which have caused a humanitarian catastrophe of a magnitude not seen in decades.

In the absence of an end to the war, we have worked hard to deliver relief inside and beyond Syria’s borders to enable people to stay. Stephen O’Brien, the new under-secretary general for humanitarian affairs, echoed what many of us in the humanitarian community have been saying for quite some time, “the Syrian crisis needs more funding”.

But, the war continues. Syrians inside Syria are exhausted from almost five years of conflict, those outside Syria struggle in camps and host communities with ever declining resources and inadequate infrastructure - is it any wonder people are fleeing? And it is not just from Syria. Refugees are also fleeing from Afghanistan, Pakistan and Somalia, to name just three countries in crisis.

They are escaping from the growing dangers in their countries caused by poverty, weak governance, instability, conflict and humanitarian crisis. All leading to an exodus towards Europe.

Displacement and refugee numbers are of record proportions, but the situation is being used as a political football rather than being treated as it should be, a spiraling and evolving humanitarian crisis.

Recently, a Mercy Corps team on the Greek island of Lesbos met with refugees who had travelled the risky journey by boat to get there. They all had the same simple message for us: “We don’t want to be here.”

As Europeans, there are four steps we must immediately take to help. Firstly, there must be renewed attempts to resolve the political situation in countries like Syria because without peace, the very best humanitarian response will not be enough. Secondly, we must increase the funding for a humanitarian response for countries in crisis – Syria, Afghanistan, Iraq.

We must provide as much as support as we can to people in their own countries before they feel they have no choice but to flee. This should include programmes to address immediate humanitarian needs and underlying causes of fragility.

Third, we must provide a fully-fledged and coordinated humanitarian response in the places where people are moving to and through, such as Jordan, Lebanon, Turkey, Greece, Hungary and Macedonia.

This should include providing good, factual information about their rights and support to those fleeing to do so safely. Finally, and crucially, we need to accept that in the short to medium term, no amount of humanitarian assistance is going to solve this problem. We need to live by our values and accept people in desperate need into our own countries – including the UK.

The UK government must be applauded for already playing a very active role in providing humanitarian aid to Syria and the Middle East and for its support to Mercy Corps which has the largest UK-funded humanitarian response inside Syria.

UK and US funding helps Mercy Corps feed some 500,000 people every month in Aleppo Governorate alone. But this crisis has evolved beyond Syria and the Middle East, and we must have a coordinated European response so that people don’t feel the need to take such extraordinary risks to stay alive.

This crisis concerns all of us, both in terms of longer term prosperity and stability, but mostly because we are all human beings. It is an outrage that for too long we have been distracted by the semantics and short term political objectives of this crisis, and that it takes the death of a three year old to shake us to our senses.

By virtue of our shared humanity, this must change today.