As John Swinney launches his consultation on the named person and the attacks on it continue, I would like to look at why a single point of contact with services was called for by families in the first place and what happens after the policy is in place.

Firstly, a single point of contact with services was asked for by parents and carers of children and young people with additional support needs.

These families continually faced a “pass the parcel” situation when they sought help, where they were the parcel and each time the music stopped, instead of stripping off a layer of wrapping paper more was added in the shape of service specific application forms. 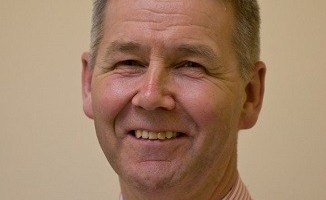 Families recognised that this would require information sharing between agencies, and some were amazed and exasperated that it did not take place already

This was often because services operated on a diagnosis-based model or had budget problems or had a “that doesn’t quite appear in my job description” mentality. Services would only accept information on their paperwork, even if parents and carers got into a service they had to tell and retell their story. The found themselves completing a multitude of forms asking the same information in different orders to suit the needs of each organisation or even different departments within the same organisation.

Families recognised that this would require information sharing between agencies, and some were amazed and exasperated that it did not take place already. Importantly everybody recognised that the information being shared required to be accurate, pertinent and transparent to the family and all appropriate partners.

The current Labour position on removing access to a named person or single point of contact for young people at 16 is illogical. If a young person is out of school, hale and hearty and living an independent life they are unlikely to need to have a simple means of access to services for children with additional support needs. But not all issues requiring support for additional needs start or are identified conveniently before 16 years of age.

If young people are between 16 and 18 and they or their carers have concerns then a single point of contact should be available. Once they are the responsibility of adult services accessing support can be even more of a problem than it was under children and young people’s services, so why would anybody wish a poorer level of access on 16 to 18 year olds?

Parents and carers wanted a channel of access available for when they or their young people felt that they needed one. Somebody who had a duty to listen to them and to help them into the support system. It was a facility for families to use at their choice – not something done to all families.

Politicians have to be held to account for the proper funding of services for children and young people and not just for making good policy. Without adequate funding to properly deliver the beneficial outcomes, this policy will be nothing but political window dressing.

Everybody who genuinely believes in the wellbeing of all children must now get behind the concept of the single point of contact so that it fully complies with data protection regulations. This will allow for the start of the process of improving outcomes for children with additional needs, for their parents and carers and for their siblings.

If this policy is to bring benefits it requires the right people with the right attitudes, attributes and skills to be in place as the single point of contact. And they need resources at their disposal to make the policy deliver benefit. Many of the problems identified in the pilot projects appear to suggest that his test has not been fully met.

When there is a legally compliant and workable policy in place I hope that those individuals and organisations who have funded the anti-named person campaigns will deomonstrate they truly care about Scotland’s children and swing their energy and funding behind campaigns such as For Scotland’s Disabled Children, and the numerous charities that work tirelessly to create positive outcomes for children and young people with additional support needs.

0 0
A parent
over 5 years ago
A simple proposal for a "single point of contact" wouldn't have been deemed by the Supreme Court to be in breach of the human rights of both child and parent!Please - don't p*** on parents and tell us it's raining!As a parent of a child with additional support needs, who has been to many staged intervention meetings, I can say1) Interventions which have been initiated by school result in assessments happening without our knowledge, and results being mislaid. Not through malice, but simply because it's not a single point of contact, it's another layer in a game of "whispers" and it's being conducted by someone who is responsible for dozens if not hundreds of children as their day job, not their parents!2) Inevitably, there will be some "professionals" who get it wrong- such as the headteacher (identified prematurely on a GIRFEC form as our son's named person) who ascribed our son's behaviour problems to "lack of parental consequences" - he has subsequently been diagnosed by CAMHS as having Aspergers'.3) We are quite happy telling our story multiple times to multiple services because otherwise what is passed on is a the garbled, out-of-date product of multiple layers of (mis)communication.4) It is extremely insulting that GIRFEC and SHANARRI and all the other David Brent-esque paraphernalia of early intervention conflate welfare concerns with additional support needs.5) The meetings based on GIRFEC and SHANARRI are every bit as unhelpful,patronising, bureaucratic, cringe-making and intimidating as this unintentionally brilliant video from Angus Council portrays: https://www.youtube.com/watch?v=lgthotoqC58&feature=youtu.be6) The "professionals" who are the most helpful are those who use common sense, professional judgement and personal experience, not the Lemony Snickett world of GIRFEC, as the legislation has been characterised by a Glasgow Law Professor: http://crfrblog.blogspot.co.uk/2016/08/getting-law-right-for-every-child.html

0 0
P Miller
over 5 years ago
It's quite scary that the author of this article seems unable to grasp that a single point of contact who has consent from parents to share relevant, factual, data is a whole world away from the compulsory named person information gathering system that was planned. Coupled with illegal data sharing, no consent required, downgrading the threshold to wellbeing which can't be defined and no plan for the holiday or sickness absence of NP it seems only to be people with a vested interest who keep defending this bad legislation. Mr Munro appears unable to accept the data sharing was ruled illegal. The comment below by A Parent makes the point perfectly.