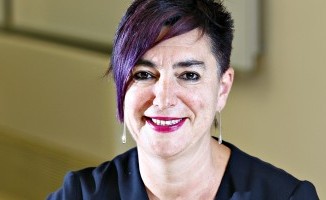 21 May 2021
by Anna Fowlie
Read next
Voluntary sector will be expected to fill gaps in public service, charities warn
15 November 2021 by Niall Christie

There was no mention of the voluntary sector in the recently announced Scottish Government cabinet portfolios - what does this mean?

Waiting for the announcement of the new Scottish cabinet and ministers is the final throes of the excitement of an election.

I spend weeks combing through manifesto commitments, over-analysing what’s said in speeches and debates – seeing glimmers of hope and harbingers of doom. I avidly watch the results drop in and do the maths. Then suddenly it feels more real when both the names and job titles of new Scottish ministers emerge.

In the lead up to this election and in the campaign, we heard much about the importance of the voluntary sector. The amazing crisis response, the sector’s crucial role in Scotland’s recovery in terms of health, the economy and society were all recognised.

Various reports from the Advisory Group on Economic Recovery to the Social Renewal Advisory Board spoke of a new three-way partnership of public, private and “third” sectors. Parity of esteem was even thrown in there. Charities, community groups and social enterprises had never been more visible.

So I felt a bit deflated to be scouring through the press releases on ministerial appointments and not find a single mention. I was never totally comfortable with the sector being conflated with “communities”, but nothing at all?

An optimist might say that at long last government has recognised that the voluntary sector is present across all portfolios (I have a list to prove it!) and there isn’t a minister for the private sector or for the public sector. What am I going on about - this is parity of esteem in action? And maybe that’s true. It’s how I’d spin it if I was advising ministers on how to respond to the grouchy messages I got last night.

But there are so many issues to address, so many commitments made, such an opportunity to be grasped, that it’s hard to see it that way. We are a sector that employs over 100,000 people, has 1 million volunteers and has a turnover of £6 billion. That feels to me like it needs recognition. It transpires that the cabinet secretary for social justice, housing and local government has the third sector and social economy in her remit – phew!

I’m optimistic that the incoming government will make good the commitments that have been made, I look forward to the first minister owning those commitments when she makes her statement on Wednesday.

Anna Fowlie is chief executive of the Scottish Council for Voluntary Organisations.

Anna. I respect that you and your colleagues have no option but to be positive, optimistic and diplomatic. I don't. This is a crap Cabinet which reflects a lack of talent, rewards to personal loyalty and cronyism and places a few folk in jeopardy of the "Peter Principle", i.e. being appointed beyond their level of personal competence. Some of the junior ministerial appointments are even worse. Social security, incomplete and behind schedule, no longer a priority? Voluntary sector, bottom of the pile? This is what the Scottish public or at least 50% voted for. They voted for Sturgeon, they voted SNP, they voted for an indy ref 2 sometime (but may of course reject indy when it comes to a ref vote), they voted for a Scottish middle way, a more platable version of New Labour. That's what we have got until May 2026. Like it or lump it, that's our system of democracy.