Poverty figures are the calm before the storm

The official poverty statics were released this morning. Although levels of poverty remained relatively stable in 2012/13, there is good reason to believe this is the calm before the storm, not least because recently introduced benefit cuts are not reflected in the data.

According to the figures, the relative poverty rate remained stable at 21% after housing costs, and average income looks to have levelled out after several years of real-term falls.

However, the aggregate figures hide differences between different types of households, with slight increases in absolute poverty rates after housing costs among couples with children and single parents, and slight falls among pensioner couples and couples without children. The figures also show almost two-thirds of children are still living in a household where someone works. So although employment rates have increased among households with children, work still does not offer a guaranteed route out of poverty. 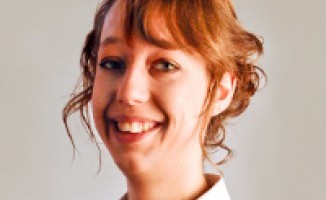 Households on low incomes face an increasing gap between what they’ve got coming in, and what they need in order to maintain a socially accepted quality of life

The fact that poverty has not shot up in these years of economic stagnation and austerity may surprise some. There are, however, two caveats to bear in mind.

Firstly, a number of benefit cuts did not come into force until 2013, after the period covered by this data. As a result, the Institute for Fiscal Studies has forecast that from 2013/14 we will see an increase in the number of households, both in work and out of work, experiencing poverty.

Secondly, the relative poverty rate is calculated in relation to median household income, which over the last several years has fallen substantively in real terms. This is why it is important to complement the official poverty statistics with other measures of living standards, such as JRF’s Minimum Income Standard, which measures what households need for a minimally accepted standard of living.

According to JRF’s latest research, households on low incomes face an increasing gap between what they’ve got coming in, and what they need in order to maintain a socially accepted quality of life. This reveals a growing gulf between the cost of essentials and family incomes.

To tackle this growing disparity between the needs and resources of UK households, ambitious measures are needed to improve earnings among low-income households and ensure they can keep more of what they earn; to reduce the cost of essentials; and to ensure that those who cannot work or are unable to work sufficient hours are adequately supported by the state.

Only a comprehensive anti-poverty strategy, based on evidence and with clear targets and measures, can deliver such a change.

Sanne Velthuis works on the the anti-poverty strategies for the UK programme at Joseph Rowntree Foundation.