Rights, remedy and roll out

This opinion piece is about 2 years old 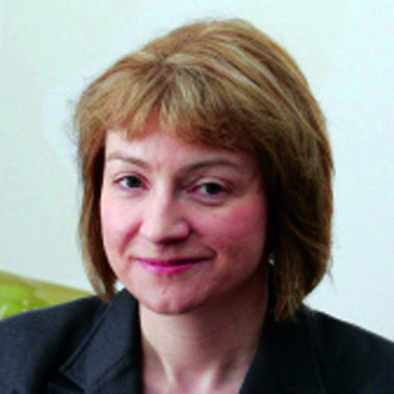 The BBC reports that Sir Peter Gross has been appointed to lead an independent review of the Human Rights Act as ‘the government wants to examine whether the 1998 act - which allows UK nationals to rely on the European Convention on Human Rights (ECHR) in domestic courts - is working effectively.’ I find the focus on the nationality of the complainant profoundly distasteful as we should all be concerned if Britain’s laws, policies and services breach human rights and we all gain if a court forces reform.

For the record, only a tiny proportion of cases ever reach court here or in Strasbourg, as most people feel the remedy is remote for cost or other practical reasons. The latest statistics for Scotland show there were only 402 judicial review cases in 2018-2019 with none on social security, just nine on housing and five on planning. Although the European Court of Human Rights dealt with 359 applications concerning the UK in 2019, 347 were voided and it made only five judgments, which found at least one violation of the ECHR.  Depending on individual court cases to improve practice and fix wrongs is clearly a non-starter so a mixture of systems is needed.

Remedy has emerged as a key issue during the passage of the United Nations Convention on the Rights of the Child (Incorporation) (Scotland) Bill, with many organisations expressing concern and frustration that whilst the right to go to court over a breach of the law is important, the process has to be much more user friendly, equally accessible and practically possible. Helpfully FoI law in Scotland offers a mixed model of rights and enforcement for consideration and adaptation.

The right to access information only became effective because practical enforcement was hotwired into the Freedom of Information (Scotland) Act 2002 (FoISA).  You could always contact a public body in Scotland and ask for information but it did not need to give it to you. Placing a positive duty to respond, on over 10,000 listed public bodies, had a variety of consequences including training all staff so they could recognise an FoI request and knew what to do to with it to meet statutory obligations.  Importantly FoISA did not require the requestor to show any legal knowledge just to record clearly, they wanted to access information on a particular matter.  A similar approach to human rights law would be very welcome given many seem overwhelmed with the abbreviations, the apparent complexity and just want their rights respected, protected and fulfilled.

Another game changer was placing a duty on public bodies to evidence in law why it was refusing information rather than the onus being on the requestor to prove they were entitled to it. FoISA is practical too, including a duty to advise and assist requestors so they are empowered by the process. For FoI purposes, the law permits anyone, EU national, American citizen and someone from China, to make an information request as the law is ‘applicant blind’.  It also specifically recognises the right of children to make an information request.

The information must be provided promptly and within 20 working days and if you are unhappy with the response you can request an internal review with the answer provided within 20 working days.  If you are still unhappy you can appeal to the independent Scottish Information Commissioner.  The investigative process can include mediation and is free. In 2019-20, the commissioner received 494 appeals out of a total of 79,300 requests made under FoISA.  Although appeals are used by a tiny proportion of people, it is useful to note that 76% of the original requests resulted in full or partial disclosure. 23% of valid appeals were about an authority’s failure to respond. As a regulator, the commissioner identifies organisational problems which prompted him to carry out 251 interventions into public authorities and 79 were about compliance with timescales.

The UN Incorporation Bill needs to have teeth to prevent as well as remedy breaches of children’s rights and the result will bring benefits to us all.  Over the next few weeks we need to be more creative and agree stronger measures to ensure that human rights are enforceable so that the vision of the Scottish Government to ‘deliver a revolution in children’s rights’ is actually realised, equally.