Scotland supports refugees - but NGOs and government must do more

​Julie Hepburn, a mum of two from Cumbernauld, helped set up the Scotland Supporting Refugees Facebook page, which has become a massive success. Here she argues that coordinated action across agencies is needed.

It all started when I saw pictures being shared on social media of children being washed up in Turkey.

Who could fail to be moved by the plight of refugees, some of whom tragically don’t even survive their arduous journey, and the “fortunate” ones who arrive to find barbed wire fences, chaos and squalor rather than the refuge they sought for themselves and their families.

Like many people, the pictures moved me to tears, but eventually that turns into a resolve to do something. I started looking around, trying to find out how I could help.

I was looking for something along the lines of a Disasters Emergency Committee (DEC) appeal or something coordinated by one of the NGOs.

All I could find on Facebook were the responses of individuals – ordinary people doing all sorts of stuff, but nothing coordinated.

I got in touch with some like minded people and our Facebook page was launched, with the idea being to provide a central place where information about people’s actions can be found. 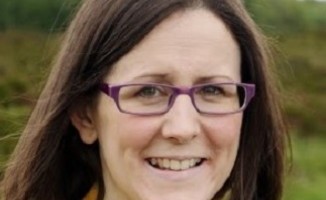 Who could fail to be moved by the plight of refugees, some of whom tragically don’t even survive their arduous journey

It’s not coordinating things, but it’s bringing information together. We set up a committee and there are nine of us on it, none of us have ever really done anything like this before.

It’s very embryonic, and we’re not trying to usurp anyone or monopolise things, what we want to push for a co-ordinated response.

I think now is the time of the big NGOs to come in, First of all, there has to be an appeal of some kind – for cash and for materials. Then there also has to be the infrastructure in place for the collection and distribution of aid.

The humanitarian response to this crisis has been woeful. Generous individuals seem to be making the most difference on the ground which is wonderful, but also begs the question of where the co-ordinated response is.

On a bigger level, we need a proper political response. We need a strategy for what will happen if we bring refugees here.

The response of the UK government has been pitiful – it is willingly blind to the men, women and children that are begging us for help, for safe passage so that they can claim asylum. People in Scotland are horrified by the lack of assistance that has been offered to refugees fleeing for their lives.

Scotland Supporting Refugees is going to start fundraising to help support a number of existing projects, as well as the direct humanitarian assistance from members of our committee.

Over the coming weeks we will be highlighting and supporting a number of projects that require urgent funding, as well as organising our own fundraising events across the country.

We will pass on funding to individuals like Rosa Zambonini who is travelling to Calais very soon with supplies, and another of our committee members, Heather McLean, who will be visiting a refugee camp in Lesvos mid-September with supplies.

We also want to help people in Scotland turn the volume up on the UK government - like international development minister Humza Yousaf has said, Scotland stands ready to help.

So the second strand of our activity will be to campaign for real progress in asking politicians and civic leaders to push for more help on the ground and to allow more refugees to come here to safety, and to try to increase pressure on NGOs to expand their work on the ground.