This opinion piece is 8 months old 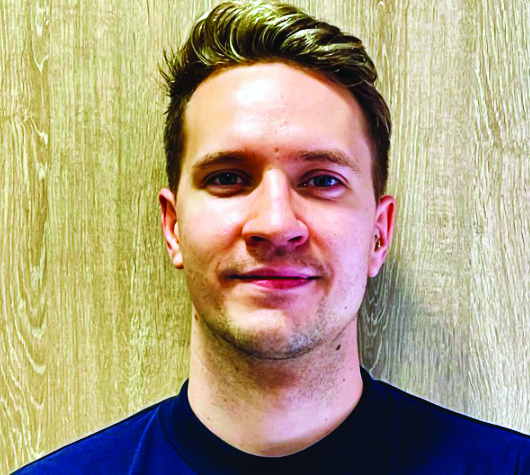 The first Spending Review in more than a decade was the Scottish Government's opportunity to make good on repeated commitments to longer-term funding for the voluntary sector. In reality, last week's announcement fell massively short of any expectations teed up by what we now know to be more warm words.

In 2015, Nicola Sturgeon referred to multi-year funding of the voluntary sector as the 'common sense' approach and committed to achieving this for the sector. Seven years have passed with very little change. Still, there were promising signs in the most recent Programme for Government, with a commitment to developing a new longer-term funding model for the sector. This commitment is yet to see any movement a year later.

More of the same came a month ago when, in an article for SCVO (Scottish Council for Voluntary Organisations), the cabinet secretary for social justice, housing, and local government committed to "using the ongoing Resource Spending Review to provide multi-year funding for the third sector where possible to do so". A positive SCVO press release was ready to go ahead of the Spending Review announcement, only for the final version to look like this.

Any shift to longer-term funding for the sector is welcome, but SCVO’s call – supported by many others – was to mainstream this across national priorities and government portfolios. Based on the Spending Review published by the Scottish Government, the only place it has been possible to commit to multi-year funding is for the national mission to reduce drug deaths and harms. With very little detail of what this will look like, one vague commitment is not enough.

It's at this point that I get frustrated. The Spending Review explains that the government will ask public bodies to deliver recurring annual efficiencies of at least three per cent, including through “effective procurement and grant management”. Based on experience, that’s efficiencies from the hard cash that funds vital services and organisations in the sector. There is no mention of overhauling the out-of-date ways of commissioning and procuring services that waste capacity and harm the financial sustainability of organisations. That sustainability is critical for them to be able to plan for the long-term and drive investment into services from elsewhere.

As with the Spending Review that coincided with the UK government's austerity plans in 2011, this Spending Review takes place when the economic outlook is exceptionally challenging. At times like this, we need bold solutions that look to get the most from the 'totality of resources' we have, as the review rightly explains. Yet, in this Spending Review, I see the genuine prospect of cuts to the resources that voluntary organisations desperately need rather than a plan to maximise those resources in the sector as a means to lever in a great deal more.

Growing investment in the capacity and sustainability of voluntary organisations, as was a feature of the 2011 Spending Review (though I recognise the reality was different), would help to pull greater levels of funding into vital services and projects when the Scottish Government's budget envelope is tightening. Long-term core funding strengthens voluntary organisations' ability to do just that. Our thought-leadership series highlights the return on investment generated from public funding, often realised through added income generation (eg, from other funders and donors) and services geared for prevention and early action to reduce costs and, most importantly, improve lives.

In 2011, the voluntary sector was at the heart of the government's vision. The government announced critical funds to "secure a transformational change in [organisations'] financial sustainability." While greater involvement in service design and delivery may still be lagging, and the funding challenges remain, it was there on paper. The review recognised third sector organisations' crucial roles as specialists and their ability to engage communities with flexibility and innovation. We saw a commitment to "promoting the growth of the third sector" as part of public service reform and investment in the third sector to support best practices.

As with all spending reviews or budgets, there are incredibly welcome announcements about tackling child poverty and health inequalities and focused on nature and the environment. The review mentions the third sector as a critical partner in shifting to a net-zero, climate-resilient, wellbeing economy. The third sector budget line, which funds vital infrastructure for local and national voluntary organisations, will almost reach the 2011-12 budget figure of £27 million by 2026 (although that is still a cut in real terms of 29% since 2011). Undoubtedly, some services and organisations will benefit, while others will not.

What concerns me most is that I do not see the third sector at the beating heart of the Scottish Government's vision laid out in this spending review. When reading the review, I thought 'same old same old' when it came to the third sector; looking back to 2011, I think it might be worse. The multi-year funding aspect is a huge disappointment, and I can only hope that this will be dealt with behind the scenes in the mechanics of putting the spending review into operation.

But as SCVO said in its response to last week's spending review, it's hard not to feel that voluntary organisations have been overlooked.

Could not agree more Paul. As we know the Scottish Government is caught between an absolute commitment to the public sector and localisation, and a nagging desire to try and do something for the third sector but without the machinery to do so. As always we end up following the money trail only to see well intentioned third sector support channelled through traditional public sector commissioning or procurement and largely lost in the fog. Independent commissioning of the sector is the only way forward.