Another day another corporate omnishambles. In the latest instalment of the Carry On Outsourcing franchise, UK Home Office contractor Serco has been trying to evict asylum seekers in Glasgow and change the locks on their doors.

The news comes hot on the heels of the collapse of another private outsourcing giant, Carillion. It is yet more evidence of the cold corporate takeover of our public services, that bizarre approach of placing profits and targets before human beings. In turn it raises big questions about political influence, the rigged economy and the old way of doing business.

A quote from Serco chief executive, Rupert Soames, neatly sums up the approach: “We are giving financial and welfare support to vulnerable people for many months, and in some cases more than a year, after their asylum claims have been refused. This is currently costing Serco over a million pounds a year.”

There you go. End of story. And here lies the key issue. Serco may not be doing anything wrong in a legal sense - they are simply doing their job. They have a clear responsibility to their shareholders, their profits and their contract with the UK Government. That’s it. At no point do they have to care about the lives of the human beings affected. The problem is not Serco the problem is the corporate model itself. 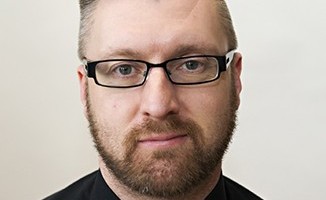 Our response should be practical and constructive

Since the Carillion collapse the UK government has done nothing to address the failed experiment of corporate outsourcing of public services. Unfortunately, any ‘progressive’ solutions seem to involve simply turning back the clock to top-down, inefficient state ownership, where ordinary people have no voice.

However, there are many alternatives in this simplistic, binary debate. Innovative and flexible social enterprises can fill the gap, rejecting both corporate greed and the dead hand of government.

Public services run by big business ends up as corporate welfare, a kind of socialism for the rich. It’s the same issue whether we’re talking about public service profiteers, bank bailouts, subsidies for train companies or government aid for weapons makers - the business model is broken.

There are of course many brilliant and ethical businesses of all shapes and sizes and many business people who are driving positive social change. In fact we need far more entrepreneurs. Unfortunately their efforts are too often drowned out by the likes of Carillion, G4S, Atos, Capita, Serco and other wealth extractors.

It’s easy to get angry but our response should be practical and constructive. We must lobby hard for democratic public services and strong business ethics. Equally we must build the positive alternative of social enterprise in every local community.

0 0
John McCrank
about 3 years ago
Fairly simplistic look at a problem here, where will the money come from to deliver this service. If you read SERCO's statements they have subsidised these failed cases to the amount of £1,000,000. If anyone in the sector takes on this type of service where do they get this amount of extra capital above service agreement. With many charities already struggling to run services, can the sector see where this extra money will come from apart from the already stretched funding sources in the sector. The government and council tender services as they cannot run them to balance books. Now more and more businesses are admitting they cannot break even never mind make a profit and are looking for ways out of contracts. Can anyone in the sector really believe that the sector can manage without affecting others groups and organisations to their detriment.

0 0
Steve
about 3 years ago
The system might be failing but the issues and problems are too big for any model to resolve.Some Social Enterprises offer a service which communities can benefit but we they have to address their economic requirement for financial support from the same system they choose to criticise. We can all quote good examples as to where the commercial enterprise is failing society but to replace it with something which requires constant taxpayer funding, non-repayable grants, and big lottery payouts is hardly a credible solution.