Shamima Begum’s baby is a victim of Tory political opportunism

He died from pneumonia after enduring freezing conditions without any heating in a Syrian refugee camp.

A woman journalist who met Shamima and her baby in the camp said: “They haven’t got any form of heating… at night… she was freezing cold and was worried about Jarrah becoming sick.”

Jarrah’s teenage mother remains stateless, grieving alone for her third dead child, in a refugee camp surrounded by other foreign ISIS supporters at an undisclosed location.

Before her case was highlighted in the press, more than 400 ISIS supporters had been allowed to return to the UK, briefly questioned before going home to their families.

The fact that she spoke to a visiting journalist searching for her and the other Bethnal Green girls worked against her, as one journalist after another sought her out for sound bites to feed the public outrage. 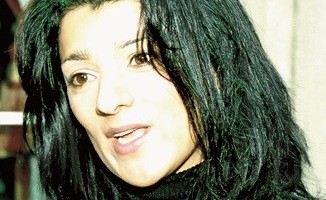 Shamima was groomed and brainwashed online at the age of 15, fed dreams of the perfect Islamic life via YouTube. Within TEN days of arriving in Syria, she was married and then spent most of her time in Syria being pregnant and living what she called a “normal” life.

Begum said all along she was speaking out to save her baby’s life. Entirely alone, she was not prepared for the media.

She never came forward of her own volition, she was sought out by a Times journalist. She pleaded again and again for the home secretary to let her and her baby come home until she realised there was no point and she retreated silently to her UNHCR tent.

Within her context of an unsafe refugee camp, what she could say was limited. Yet the words she did offer were leapt upon as evidence of her supposedly inherent evil. A lot of hate was targeted at this brown, Muslim teenager who made a catastrophic mistake by believing a lie.

When a couple weeks later, a polite English born ISIS-supporting white man, also stuck in Syria, was interviewed, and spoke limply with a pathetic smile of missing his mother and Greggs sausage rolls, there was barely a murmur in comparison.

In 2015, Sir Bernard Hogan-Howe admitted to a Home Affairs Select Committee that blunders by police and their school meant that the families of the Bethnal Green girls were completely unaware that they were being radicalised.

Mark Rowley, anti-terror chief of the Metropolitan Police also stated that they were victims because they were indoctrinated online as children and would be allowed to return home to their families provided they committed no crimes. This country knew this child was communicating with extremists before she left the UK and did nothing.

Yet the current home secretary took no notice of their views or Shamima’s pleas. Appealing to the populist vote, he made an example of her, took her British citizenship away, rendering her stateless, in contravention of International law, while simultaneously letting over 400 predominantly male ISIS returnees in to this country on the quiet.

In this, he surpassed even Theresa May, then home secretary, who in 2014 said "it is illegal for any country to make its citizens stateless".

In the process of stripping Begum of her citizenship, Sajid Javid sent a clear message to every British born child of immigrants that our passports are nothing more than visas, and we are effectively second class citizens.

What terror threat does Shamima Begum pose? None whatsoever and the home secretary well knows it. But this traumatised teenager with no legal representation of her own was made into a monster beyond the capability of our own legal process. Shamima Begum is Britain’s problem, not Syria’s, a problem created in the context of an illegal war against Iraq, which this country was prewarned about. Think David Kelly and Chilcott.

There is a high probability that Shamima’s baby would have lived had he and his mother been allowed to return. Jarrah has now paid the price for our home secretary’s political opportunism.

As for Shamima, she has more than paid the price for a catastrophic mistake she made at the age of 15. After all, what greater price can there be than to have three babies die in front of your eyes, your two best friends either killed or missing, then be rendered stateless in the eyes of the world, away from the only family who love you enough to want you back home to recover, whatever your error.

If ever there was a time for this traumatised British teenager to be allowed home it is now. If Sajid Javid has an ounce of compassion, or any remorse, he will forget about dog whistle politics and let her.

If not, let him face his own public humiliation in the court, and a costly tax payer funded battle when - not if - she gets her citizenship handed back to her, once due process prevails.

0 0
lok Yue
almost 4 years ago
It is not 'populist' to refuse entry to those who have spent time embedded in and who support the aims, objectives and philosophy of terrorist organisations who have an avowed and explicit hatred towards this country. Possibly the author of this article has seen the results of terrorist activity or possibly not. I have, many times, close up.