The issue of electric dog collars (e-collars) has been doing the rounds for some time in Scotland with little progress towards legislation to ban their use and the cruelty that comes with electric shocking a dog as an alternative to positive, rewards based training.

A good lesson with any campaign is to remember that generally things happen in very small steps so it’s important to recognise when positive progress has been made. The Scottish Government has just revealed it is to consult on the controversial issue of electric shock collars which could result in stricter controls around their use or even a complete ban altogether.

While some might say "it’s just another consultation", we should draw on the positives from this and the opportunities a consultation presents. The Scottish Government last consulted on electric shock collars eight years ago, and yes, not much has changed since then. Only last September the Cabinet Secretary with responsibility in this area dismissed a ban on the grounds that there was insufficient evidence to support it, however, despite this we understand the forthcoming consultation will include the option to consider a ban – so this is very good news indeed. However, for a ban to be effective we need to see a blanket ban on e-collar use everywhere, without any exemptions. 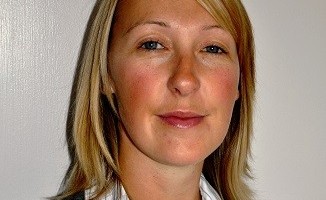 For a ban to be effective we need to see a blanket ban on e-collar use everywhere, without any exemptions

The issue was raised in Parliament earlier this year in a Member’s debate where a ban on e-collar use received cross party support. OneKind is one of many animal welfare organisations opposed to the use of e-collars along with the Kennel Club, the Scottish Kennel Club, the Scottish SPCA, the RSPCA, the Dogs Trust, Guide Dogs for the Blind and the Blue Cross. OneKind believes their use should be banned on the grounds they cause unnecessary suffering, are liable to misuse, are ineffective and unnecessary. Studies have found that, even when the collars are used by professional trainers, dogs will still experience negative welfare impacts. It is for this reason that we will be urging the Scottish Government to implement an outright ban which makes no exceptions under any circumstances.

If, like OneKind, you believe electric shock collars should be made illegal you can support our campaign for a ban. You can contact your MSPs to tell them you wish to see electric shock collars made illegal and ask them to press the Scottish Government to publish the consultation as an immediate priority. You can find out who your MSPs are by following this link. Once the consultation is published anyone can respond putting forward their views on why they support a ban. Let’s hope this consultation is as successful as the recent one on wild animals in circuses which saw 98 percent of respondents telling the Scottish Government they thought the use of wild animals in travelling circuses should be banned in Scotland.

So come on, let’s not moan about lack of progress - let’s see the opportunity we have in front of us to make these cruel, unnecessary devices illegal in Scotland. You can check the consultations section of the Scottish Government website to find out when the consultation is published or keep an eye on OneKind’s website for further information.

Louise Robertson is a Media and Campaigns Consultant at OneKind.