Scotland spends £3.9 billion a year on social care support. Despite this, the system risks cracking under ever-increasing strain, as demand rises and funding for it just can’t keep pace.

Change is needed now and it needs to be ambitious enough to face the challenges ahead. To eradicate poverty and ensure that every citizen enjoys the equal opportunity and human rights to which we are all entitled we need a system that is funded fairly and sustainably. Addressing these issues in isolation won’t solve the problems. 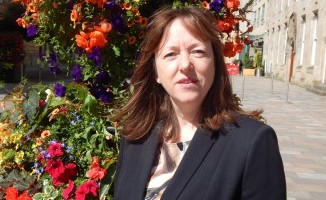 Underfunded social care costs Scotland dear. It leads to isolation, deprivation, illness and indignity for disabled people and carers. Too many are denied their human rights and lack the essential support to live where and with who they want and to work, study, participate in society and lead a normal life, as others do. Carers – both paid support workers and unpaid family members – are struggling to cope with the demands placed on them. Positive government policies such as self-directed support, which are designed to support disabled people and carers to choose if and how to manage care, are undermined by cuts forced by austerity measures.

The First Minister recently unveiled her new programme for government, pledging to grow a strong, sustainable, fair and inclusive economy, build a fair and equal society and protect public services. Appropriate and adequate social care support needs to be a key part of that.

That’s why a Shared Ambition for the Future of Social Care in Scotland is being launched today by Independent Living in Scotland project alongside a coalition of 15 organisations representing disabled people, older people, women and carers and service providers. Many others from across civil society share our concerns.

The headline ambition is for the establishment of a national independent commission. We believe sustained public investment in the development of a national infrastructure of social care support is in Scotland’s national interest. We want to change attitudes around social care support. In successful ageing societies, an effective system of social care support is as important to the economic and social development to the country, as childcare, transport, schools, hospitals and digital broadband. Everyone has a stake in getting it right – young and old; men and women; people with long term or short term conditions; families and single people; the NHS and other public bodies; private and social businesses; and not least, our political leaders.

The introduction of health and social care integration in April this year marked a seismic shift in the way health and social care services are delivered and there needs to be checks and balances to ensure that it does not simply pave the way towards limited ‘healthcare in the community’. It is therefore timely for the Scottish Government to establish an independent Commission, ideally a collaborative one including decision makers, providers, carers and disabled people and their families.

As a nation, we can’t afford the social and economic costs of failing to act soon.

Heather Fisken is Project Manager of the Independent Living in Scotland project.