Someone has to sort out the welfare state

Welfare is absolutely crucial to the functioning of a compassionate and aspirational society.

For decades the system was wrong, imbalanced and not working well for too many people, including the taxpayer.

Thankfully, the Conservatives were the only party willing to tackle this culture which had landed entire generations of families in a cycle of dependency.

We did this in the face of extreme political criticism, much of which was motivated by politics rather than making a positive difference to people’s lives.

And where that welfare system exists, it absolutely has to support the most vulnerable people as an absolute priority. 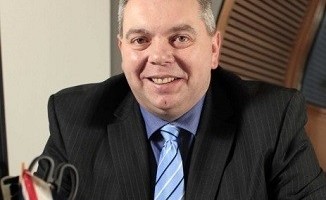 Sorting the welfare system out isn’t an easy task, but someone had to be prepared to stick their neck out and do it.

But if you have a system that is too porous and diverting considerable resources to people who do not require them, the ones who are hardest hit are those most in need of that assistance.

That’s what happened to the benefits regime under Labour.

It became routine to hand out thousands of pounds to those who were more than able and less than willing to work, and in the process those for whom the very system was set up were sidelined.

What the Conservative party is trying to do is correct that failing, which admittedly was allowed to build through successive governments.

Those who cannot work through no fault of their own have to be given the support they need to enjoy their life; they shouldn’t be scrimping or struggling.

But for everyone else, the message has to be the best form of welfare is work.

By creating more jobs, as this UK Government has done, we are doing exactly that.

All over Scotland benefit claimants are dropping, taking more people out of the benefits system and turning them into taxpayers who can help fund support for those most in need.

Of course that improves the nation’s finances, but it also improves people’s self-esteem.

Unemployment rates have fallen continually since the Conservatives came to power in 2010, and growth has returned to the economy.

Globally, the UK is very much top of the pile, and that’s largely down to tough decisions made by the Conservatives in the face of extreme political criticism.

But the job isn’t complete yet.

The problem with ushering in a Labour government in May is this; all the hard work of the last five years would be completely undermined.

The economy could be slammed into reverse, and so many of the new jobs created would be jeopardised.

Sorting the welfare system out isn’t an easy task, but someone had to be prepared to stick their neck out and do it.

And once that job is complete, the evidence will point to a strong economy, and a welfare system which supports those who need it most, and helps people get back to work when they have fallen on unfortunate times.