Standing up for humanity in the face of terror

Gordon MacRae of the Humanist Society Scotland argues that humanity is winning out in the battle against intolerance - despite the terror attacks in Paris and across the globe.

The people of Scotland and France have a special relationship dating back centuries. Through the time of the enlightenment, our philosophers helped to develop the principles of empiricism and rationality, and helped to lay the groundwork for the modern human rights movement.

It is therefore even more shocking that the people of Paris should be subject to such barbaric attacks, based on the anti-human ideology of a death cult such as ISIS.

That we must stand in solidarity with the people in France is a given. That we must reassert our commitment to the principles of enlightenment is certain. That we can challenge the forces of fascism and violence with the ongoing commitment to building a fair, tolerant and open society can become the rallying call of our generation.

We cannot ignore the events which created this environment where murderous criminals have been able to flourish. But we should neither give them succour by suggesting that this in anyway excuses their blood lust or infantilize them by suggesting that their responsibility for their actions is in any way diminished. 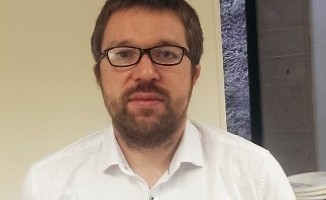 Let's stand up for humanity together

The horrific scenes in France are all the more shocking because of how familiar the setting is, how easily it could have been here or have been us. The true horror is that Paris is not an isolated event, but part of an ongoing concerted attack on humanity stretching from the conflict in Syria and Iraq, through sectarian terror in Nepal, across to the murders of freethinkers in Bangladesh.

We should not fuel the false idea that these forces have the upper hand. Humanity is winning out. From the continued adoption of universal human rights, the advancement of technology and expansion of human knowledge, we are transforming the world around us for the better.

However, as the International Humanist and Ethical Union’s annual Freedom of Thought report shows, the rate of progress is not be equal or universal - but it is spreading.

Our response and that of our governments’ will set the tone for what is to follow. Already we have seen military power used to devastate the infrastructure and power base of ISIS. Short term victories are possible but any respite at the end of a gun can only be temporary.

So let us not cede the power over how people of different faiths and beliefs live and work together to create a good society. Let us not give succour to those only too eager revel in division and suspicion by never letting a good crisis go to waste.

Instead let's redouble our efforts to welcome those fleeing persecution and conflict to our shores. Let us do more to make human rights truly universal at home and across the world. Let us stand up for humanity together.

Gordon MacRae is chief executive of the Humanist Society Scotland.