The Common Reporting Standard and the impact on grant-making charities

The G20 nations had long been considering a global standard in the exchange of tax information by participating jurisdictions and requested the assistance of the Organisation for Economic Co-operation and Development (OECD) in developing one, resulting in the Common Reporting Standard (CRS).

In October 2014, 45 jurisdictions (including the UK) signed an agreement to exchange information from 2017.

This number has been steadily rising and is now over 100. However, many charitable trustees are still not aware of their obligations under the legislation and are not complying.

In terms of the (CRS), charitable trustees must consider whether they will need to put due diligence procedures in place to ascertain the tax residence of grant recipients. 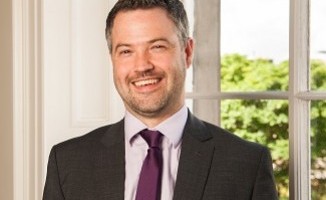 The CRS follows the approach of FATCA, which was introduced by the United States to ensure that US citizens are disclosing their worldwide income to the Internal Revenue Service.

However, whilst the legislation that enacted FATCA in the UK exempted charities, the CRS has no such concessions.

As a result, charities that are classified as “financial institutions”, most commonly because over half of their income is earned through managed investments, will require to report any payments they make to beneficiaries that are tax-resident in Reportable Jurisdictions under the CRS.

In order to do this, charities must identify and maintain information on the tax residence of all individuals and entities that hold an equity or debt interest in the charity, irrespective of whether or not they are tax resident in a Reportable Jurisdiction.

This information is required to be kept for a period of six years. For unincorporated charities (generally trusts and associations), all recipients of grants will be treated as holding an equity interest.

However, as incorporated charities do not have shareholders, under existing rules recipients of grants will not be treated as holding an equity interest and the charity will only need to conduct due diligence on any party that holds a debt interest.

This in essence will remove incorporated charities (which includes those incorporated by Royal Charter, Act of Parliament and Charitable Incorporated Organisations) that hold no debt interest from reporting the recipients of grants under CRS.

What information needs to be obtained by the charity? The charity should take reasonable steps to ascertain the tax residence of those individuals in receipt of grants.

This will in most instances require that the recipient completes a self-certification form confirming their name, address, tax residence and, if they are non-UK tax resident, their Tax Identification Number and date of birth.

For charities that provide grants to other charities within the UK, evidence that the recipient charity is registered as a charity in the UK is sufficient to fulfil the due diligence requirements.

Once the charity has carried out due diligence on the recipients of grants, it must report all payments made to individuals and, subject to the above, entities that are tax resident in Reportable Jurisdictions each calendar year, to HM Revenue & Customs by 31 May the following year.

There is also a requirement to inform the beneficiary that you are reporting the information to HMRC. HMRC has recognised that in certain circumstances the release of information relating to a beneficiary to another jurisdiction may place that beneficiary at risk. In such circumstances, the charity should raise any concerns directly with HMRC.

Although HMRC had stated it will take a soft approach if the charity has made efforts to carry out due diligence and report accurately, the penalties for non-compliance range from £300 to £3,000 per year.

If you are unsure of your obligations, or if you have any questions about adopting the Common Reporting Standards, please contact me on 0131 260 7562 or at [email protected]