This opinion piece is about 7 years old

Lisa Seymour-Doughty on the devastating impact of ebola

The ongoing Ebola epidemic in West Africa is the largest outbreak recorded in history and Liberia, where Mercy Corps has been working since 2002, is one of three West African countries that have been hardest hit.

According to the latest WHO figures, more than 7,500 people have been infected with the disease and over 3,000 have died. This is a disease that is having a devastating effect. Not only are loved ones dying, but the disease is hurting people’s livelihoods and the country’s economy.

In responding to this crisis, Mercy Corps identified a dual-strategy that would add value to the overall in-country response, and would effectively make use of our team of experienced staff and strong network of community partners with deep local knowledge.

Our first aim was to stop the spread of the disease as quickly as we could. To do that, we are running a social mobilisation campaign that will reach half the population of Liberia – two million people – in six months with good, factual information about the disease from trusted community leaders. Secondly, and just as importantly, we have been looking at the bigger picture – at the impact that the disease is having on Liberian households, on mothers and fathers who are trying to provide for their families, and on the country’s economy. 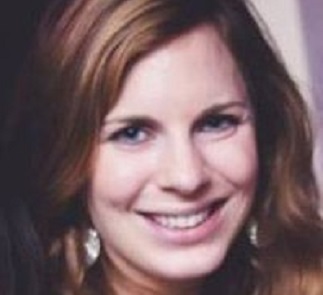 This is a disease that is having a devastating effect. Not only are loved ones dying, but the disease is hurting people’s livelihoods and the country’s economy

Liberia is not a wealthy country, but since its protracted civil war ended a decade ago, the country has been able to achieve a measure of economic progress and stability. Before the outbreak of Ebola, Liberia’s economy was growing at a rate of 5.9 per cent but a World Bank report now puts its GDP growth rate at 2.5 per cent.

In early October, building on our global expertise in market development, we conducted rapid market assessments in the Lofa and Nimba counties of Liberia, and parts of Monrovia to assess the impact of the crisis on people’s lives. Our research team undertook surveys, focus groups and key informant interviews with a broad and representative base of people. Our results confirmed the seriousness of the economic problems that Liberia now faces.

From the people we spoke to, 90 per cent reported food insecurity. Families told us that to cope with the decreased incomes and rising prices, they were already reducing the amount of food they were eating at each meal and choosing lower quality or less expensive food. In addition, 85 per cent of the households said they were eating fewer meals a day.

We found that the Ebola containment protocols were the main reason that strains were being felt on food security, market supply chains and household incomes. Goods that were previously sourced quickly and cheaply from Guinea and Ivory Coast were no longer available due to border closures. This meant that vendors had to source replacement goods at higher prices with longer transportation times. In addition, local markets were not being held because of government restrictions.

While containment procedures were, and are, vital, we found that it had become essential to balance these with the need to ensure that food security was not being comprised.

Wherever we work, Mercy Corps aims to keep markets open and wherever possible, to source goods locally or regionally to support local markets. In our experience, we have found that this is one of the quickest ways to help communities and countries on to the road of recovery.

In Liberia, we are working with local government to improve transportation issues and by showing the impact of closed marketplaces on the livelihoods of local farmers and traders we have already positively influenced the government’s decision to re-open these.

Our other economic recommendations include the delivery of cash transfers (with careful monitoring to ensure local market forces are not disrupted) and agricultural tools to bolster household food security. The agricultural sector has been particularly disrupted by the crisis with the traditional labour system affected because of government advice against the gathering of large groups of people.

Since mid-November, we have started to see some relaxing of restrictions, but unfortunately this may not be enough to stop Liberia’s economic slide. Building on our existing economic and social development programming in Liberia, we will continue to work to minimise the impact of this crisis on the lives of Liberians and prevent the progress that the country has made over the last decade from being eroded.

Lisa Seymour-Doughty is a programme officer at Mercy Corps

The only way on Earth to wipe out Ebola is my discovery - Eradication of Ebola and guaranteeing Economic Growth is not a problem at all - Ebola and any other viruses like AIDS, Colds, Flues, Malaria, Dengue, Yellow Fever, TB, etc. can be killed the moment they touch us, once everybody (kids and adults) start doing the WVD - The Weapon of Virus Destruction - Just an exercise for a minute a day - The most powerful and lethal response to Ebola virus on Earth - Any viruses are killed the moment they touch us - I will disclose my WVD to everyone, if the world pays me 5 billion EURO - Then the Ebola virus crisis will be terminated in just a few days and everybody will be protected 100% from any viruses, the Indian "super-bug", bio-weapons (like Ebola, AIDS, Bubonic Plague, etc.), any cancers, diabetes and strokes all the time, all life long - I myself am the healthiest person on the planet - I cannot get sick of any diseases, known on Earth, even for a second.