The lasting legacy of community buyouts

​Linsay Chalmers says Community Land Week is something to be celebrated

This week, Scotland will be celebrating its first ever Community Land Week with events taking place from the north of Lewis to the Mull of Galloway.

The celebrations, which Community Land Scotland and its members are organising in partnership with the Scottish Government, will showcase a huge range of projects developed by community landowners.

Community buyouts often receive a burst of publicity in the run up to the land being purchased, but people rarely hear about what happens afterwards. At Community Land Scotland we know that the real benefits – and hard work – start at this point. 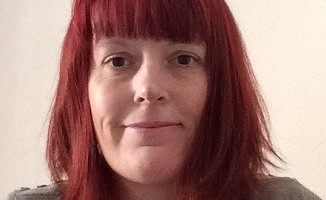 Across Scotland more communities are buying land so they can take control of their own futures.

When people ask me what my job is, I always say that I work with buyouts such as those on Gigha and Eigg, because most people have heard of those, but it’s a little known fact that over the past 25 years, hundreds of other communities in Scotland, both urban and rural, have become landowners.

During Community Land Week, fourteen of those organisations will throw their gates and doors open to give people an insight into what happens post-buyout.

As I write this, I’m sitting in the office of the Knoydart Foundation, having just taken part in the Community Renewables walk and talk they are hosted for locals and visitors as part of Community Land Week.

Knoydart, which can only be reached by boat, is also off-grid. Since the buyout nearly 20 years ago, the foundation has been responsible for energy production, through its hydro scheme, and the distribution of electricity to 80 houses and businesses on the 17,000 acre estate.

This is an onerous but necessary responsibility as the alternative would be for everyone to rely on diesel generators.

As you walk through the main settlement of Inverie, the evidence of what the foundation has achieved are everywhere. First, you come to the offices which house the foundation’s staff and a display room where you can access free wifi and learn about Knoydart’s history.

This building also houses the community-owned shop which sells everything from choc to craft beers.

Providing affordable housing has long been a priority for the community and the foundation now lets out eleven units of residential accommodation at affordable rents.

The foundation also leases land and buildings to residents so that they can run businesses from them and wifi is available thanks to the community broadband service.

Knoydart Forest Trust manages the woodland around the village. It has planted 300 hectares of new woodland and has a workshop that employs local people to make beautiful products from the wood. A ranger service provides guided walks, a cycle hire service, manages the community-owned campsite and works with schools.

What is amazing is that, like many communities that own their land, this has all been achieved by a population of fewer 150 people.

Across Scotland, this picture of community-led regeneration is reflected, as more and more communities buy land so that they can take control of their own futures.

The thirteen other community landowners taking part in the celebrations range from the well-established - Abriachan Forest Trust and Fernaig Community Trusts are celebrating their twentieth anniversary this year – to the newly community-owned estates of Garbh Allt Community Initiative in Sutherland and the Isle of Ulva and the first urban community to successfully use Community Right to Buy legislation.

0 0
jane fotheringham
over 2 years ago
these projects or buy outs are only achieved by charities or government hand outs, meaning the other ratepayers are not receiving the benefits of their tax