This week we celebrate the great work of charity trustees, the people who are effectively responsible for the decisions made within the UK’s 194,000 charities (24,000 of which operate here in Scotland).

Trustees Week is all about recognising these individuals, who volunteer their time and offer their expertise for the benefit of others.

As well as showcasing their great work, this week should also provide a focus for addressing some of the existing challenges facing charity boards.

With official Charity Commission figures showing a significant lack of diversity in the make-up of trustees, this is one key area requiring attention.

In the words of Nasa administrator Daniel Goldin, which he once used to describe the staff of the space agency, UK charity boards can often be summed up as “male, pale and stale”. 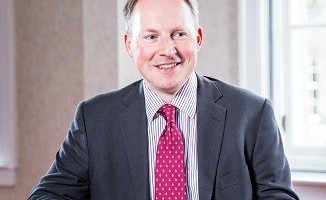 There is at least progress towards gender parity with women now accounting for 43% of trustees but those from the BME community background remain thin on the ground.

It is, however, young people who are particularly under-represented with currently less than one per cent of trustees on UK charity boards aged 18 – 24.

While there is a challenge in finding people with suitable time and experience within this age group to serve, such a low figure means that many charity boards are not representing a significant portion of society.

They are in danger of missing out as people in this age group are often more in touch with current trends and can provide a unique insight into how charities can reach out to others. Younger people can also often bring an innocence to board meetings, raising questions that other, more experienced trustees might feel embarrassed to ask.

Third sector organisations need to adopt new ways of thinking if they are serious about addressing this imbalance.

More young people might be attracted to a trustee role if meetings were held at weekends and not during the week, for example. With 18-24s often keen to build their CVs, marketing a trustee role as an alternative way of volunteering could also prove attractive.

I’m not suggesting that currently there is an intended desire amongst trustees to deter youth and diversity, but there is a feeling that they are, quite unsurprisingly, inclined to look within their own peer groups when recruiting new people to their boards.

Charities must, however, look at ways to overcome this situation or they will risk losing relevance to the people they are in post to support. Diversity across a board of trustees is an important part of good governance where people from a variety of backgrounds and ages are usually better placed to make well-rounded decisions.

As we mark Trustees Week, it is important to recognise and applaud the great work of so many committed people. It is also the right time for charities to assess their own boards and determine whether they should look to expand the breadth and depth of their trustees to ensure they can provide a better representation of and greater understanding towards the society they serve.

Euan Morrison is head of charities at Chiene + Tait.

0 0
lok yue
over 3 years ago
Or perhaps we should stick with those who want to do the job, rather than trying to create a false parity

0 0
Sharon Bissett
over 3 years ago
Diversity where and when it is required and going to beneficial to the organisation but I don't think that organisations should be making a point of ensuring their board is diverse - like the other comment, boards need people who are passionate and keen to work towards the charities aims and objectives. Another point, why are UK charity stats and Charity Commission stats being quoted? Irrelevant to Scotland - get stats from OSCR.

0 0
Andrew Lindsay
over 3 years ago
I think Euan makes a really important point in this piece. I decided i wanted to become a Trustee when i was in my mid 20's but after many rejections a forward thinking group in Stirling, Town Break, took the chance to appoint a younger person on the board. I talk about this story in a blog i did a couple years ago... https://www.acosvo.org.uk/blog/musings-younger-trustee I think more boards need to take the chance on younger people willing to give their time and their own expertise.