We give new Scots a warm welcome to life in Edinburgh

Alex Whitteker has only been in Edinburgh a couple of years himself, but he's determined to make other newcomers feel welcome

As one of around 10,000 foreign nationals calling Edinburgh home, I am excited to be considered a #NewScot.

Back home in New Zealand I gained a business and arts degree, followed by internships with Save the Children New Zealand and UNICEF New Zealand. Since arriving in Edinburgh in 2015 I have been eager to get involved in Scotland’s third sector.

I currently work in insurance and as corporate responsibility champion part of my role is to help colleagues to engage with volunteering opportunities in our local community. 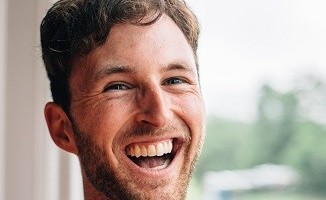 #NewScots Series introduces a different newcomer each week, including bit about themselves and their thoughts and experiences in Edinburgh, alongside their portrait.

During a trip to the Jungle in Calais supporting organisations SOS Chai and Care4Calais I heard countless stories of people desperately trying to make it to the UK.

I returned and wanted to offer my support. In August 2016 I joined the Welcoming’s befriending programme. Thus began a lasting relationship with the organisation.

I’ve been matched as a local friend to two newcomers, Abubker from Sudan and Ayad from Syria. It’s been enriching. We’ve learnt about each other’s countries, shared music, tried each other’s food and generally had a blast hanging out.

The more we get to know each other the more we find we have in common. Verbal communication is sometimes difficult because of the language barrier, however, language is only one form of communication.

I’m getting good at charades and I have learnt how valuable emojis are with our regular haphazard WhatsApp communication.

The Welcoming is an independent charity that welcomes newcomers to Edinburgh, offering support with essential skills for living and working,  including English language tuition, employability support and digital skills.

This is on top of the many social activities the organisation hosts, from a weekly jogging club, a choir, a creative space for arts and crafts – all in an environment where relationships can be built between locals and newcomers. As you can see the organisation is about inclusivity.

There is something for everyone and over 1,000 newcomers from over 70 different nationalities join its  classes and activities each year.

Photographer Ciara Menzies and Simon Hossack and myslef have spearheaded an online series for The Welcoming.

#NewScots Series introduces a different newcomer each week, including bit about themselves and their thoughts and experiences in Edinburgh, alongside their portrait.

It challenges the normative Scottish stereotype and breaks down misconceptions about newcomers. It is a colourful project which reaffirms the beauty in diversity. The project will culminate in an exhibition later this year.

I’ve talked a lot about locals and newcomers.  I am both; I am a newcomer to Edinburgh and call myself a #NewScot.

I can relate to other newcomers with the feeling of being in a foreign land. The feeling we have when we don’t quite pick up on the strong Scottish accent and pretend we’ve understood.

As a local, I have been here long enough to play tour guide, point out all the good places to eat and fun hills to climb.

Following the old proverb “home is where the heart is”, I acknowledge my heart is in two places.

New Zealand will always be home to me, but now I have a new home in Edinburgh, too. With this, comes an array of feelings and emotions. It is an experience I’m sure many newcomers can relate to.

In the midst of rising nationalist rhetoric, marginalisation of minority groups and a shaky political scene, The Welcoming is a beacon of hope, offering locals and newcomers an opportunity to challenge fear and intolerance and celebrate diversity.

Alex Whitteker is a volunteer with The Welcoming in Edinburgh