We must not fail to achieve Sustainable Development Goals

Scotland is failing in its SDG targets – and this is putting our future at stake, says Dr Hartwig Pautz

It’s 2030. Scotland’s population is thriving. Everyone has enough to live a good life, with access to nutritious food for all, a curriculum that teaches about civic responsibility and our role as global citizens, and there is access to decent work for all who are able, with provisions which enable everyone to participate fully in society.

Plants and animals are thriving too: both on land and below water, we have rich biodiversity, and our sustainable farming practices encourage wildlife.

We’ve made the transition to renewable energy sources, and have an infrastructure – public transport, fast broadband, sustainable cities and high-quality child and health and social care services – that supports a flourishing economy which sees the wellbeing of people and planet as an end in itself.

This is an ambitious vision for a healthy planet for present and future generations and for a world free from poverty, injustices and discrimination. The United Nations, in its Sustainable Development Goals (SDGs) and Agenda 2030, provide such a vision. 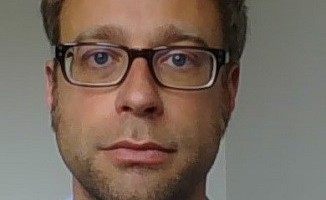 The SDGs, often called Global Goals, have stretching targets attached, which – unlike the Millennium Development Goals before them – UN member states have committed to delivering at home and abroad.

Almost five years on, and it is time to assess our progress on achieving these Global Goals. It’s time to ask ourselves: are we on target for 2030? To this end, I co-edited a report as part of the UWS-Oxfam Partnership, alongside the SDG Network Scotland. The new report, On Target for 2030?, assesses Scotland’s progress against the 17 SDGs by providing reviews on each goal, authored by expert organisations operating within each field in Scotland.

Organisations as diverse as the Child Poverty Action Group, the Fife Centre for Equalities, Girlguiding Scotland, the Scottish Trades Union Congress, the Marine Conservation Society and the Scottish International Development Alliance all provide commentaries on progress and outline what Scotland still needs to do to reach each goal by 2030.

While the chapters reach different conclusions on Scotland’s progress, what is striking is that some common themes have emerged. The first is that whilst there is welcome policy and political commitment in many areas, we heard that Scotland is not on target on a number of important measurers, most notably in our progress towards: Zero Poverty; Zero Hunger; Decent Work; Reduced Inequalities; Life Below Water and Life on Land.

Another clear thread that runs through many of the contributions is that the negative effects of slow progress on the goals are felt disproportionately by low income households.

For example, in discussing progress towards improved health and wellbeing, the Community Health Exchange notes that whilst universal healthcare provision has led to many improvements in health across the population, mortality rates have risen in the most deprived areas. This means, to put it more clearly, that men in Scotland’s most deprived areas spend nearly 24 fewer years in good health.

Similarly, in discussing sustainable cities and communities, the Scottish Community Development Centre highlights that 50% of Scotland’s homes have critical disrepair, and that inadequate housing disproportionately affects those on low incomes and those in poverty.

These examples undermine the cross-cutting commitment across all SDGs to ‘leave no-one behind’. They also show that more needs to be done to ensure that we can all reap the benefits of progress towards achieving these goals.

It is not just up to the Scottish and UK governments to deliver on the goals – what is needed is coordinated action from business, the third sector and citizens. By raising the profile of the ambitious vision that the SDGs provide and taking seriously the recommendations made by the authors of this report, we will move closer to realising this vision.

Dr Hartwig Pautz is a lecturer in the School of Media, Culture and Society at the University of the West of Scotland.

Care workers reveal culture of guilt and blame during Covid pandemic
NEWS
18 Dec 2020
18 Dec 2020
Scotland must play its part in averting climate disaster, campaigners warn
NEWS
28 Feb 2022
28 Feb 2022
World leaders should be in the dock over climate catastrophe
NEWS
1 Nov 2021
1 Nov 2021
Latest news
Green MSP launches bill on protest-free zones outside abortion clinics
NEWS
23 May 2022
23 May 2022
Popular posts
It's back - The Gathering returns for 2022 New chief executive of Scouts Scotland announced "System change": Calls for overhaul of third sector fundingShamima Begum is a brainwashed child - and should be allowed to return