We need to talk about Scotland

The dust has now settled on the result of the referendum and we now have the conclusion of the Smith Commission but without knowing the ultimate outcome of the Westminster election and the make-up of the next UK parliament, it is not possible to guarantee that these recommendations will become reality.

YouthLink Scotland, the national agency for youth work, does welcome the positive steps taken by Lord Smith and the members of the commission but we have a clear message for politicians as we go forward.

Starting on an optimistic note, within these proposals we were delighted to see a firm commitment to extending the franchise for 16 and 17 year olds at Holyrood elections and a promise to fast tracking this legislation so these young people will have a vote in the 2016 elections. We have entered into a new era of participation and engagement and we need to ensure that politics with a small p prospers.

There has been some movement in terms of the devolution of welfare and we were heartened to see a move to transfer key benefits for some of the most vulnerable in our society. More control over employability programmes will we hope provide the much needed shift for greater policy co-ordination and support for young people. 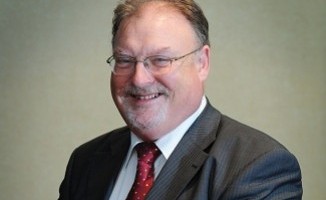 But like many others in the sector we are disappointed to see so many opportunities that were missed. We do recognise this might be sins of omission rather than commission due to the time element but that concern over the swiftness of the timetable remains. There is a school of thought that legislation in a hurry is rarely well thought out or substantially considered and the question has to be asked, has this process been driven by politics rather than people? Yes, the Smith Commission was a result of the clear mood for change in Scotland but I am not alone in the third sector in wondering if the further devolution of powers has been given the time and consideration that was required to get the balance of additional powers right.

All political parties in Scotland talk of tackling poverty and inequality. The third sector in their submissions to Smith made it very clear what additional levers were required for Holyrood to make that task more achievable. It is therefore regrettable that the views of those working at the hard edge of dealing with social injustice were not whole heartedly listened to and endorsed.

We hoped for greater powers around employability and benefits but it will be interesting to see how these are complemented by the new programme for government. The welfare reforms are a start but government must continue to listen and act on what the third sector knows to be the real pressure points in people’s lives.

Volunteers and volunteering are an integral part of our lives, without them so many services to the community would just cease to exist. For our part in the youth work sector, our volunteer workforce is the backbone that gives strength and purpose to our work with young people. We had looked for Holyrood to be given the power to offer tax breaks to companies who fulfil their social responsibilities and who support and encourage volunteering within their workforce. Recognition of volunteering and its critical role in improving confidence / quality of life and ultimately employability was a big miss within the Smith Commission’s recommendations.

We must however work within the current parameters as they stand. Doing the best for our young people cannot be put on hold until conditions are right, therefore we would hope Scottish ministers will fully realise and invest in the Wood Commission recommendations on developing our young workforce, with youth work playing a substantial role with those furthest away from the job market.

The Smith Commission is a compromise and has yet to be formally endorsed at UK level. To try and further water down its limited proposals would be something a Scottish electorate would not stand for. The third sector has a continuing role in keeping the pressure on and holding the UK government to account in terms of progressing Smith. In Scotland the mood change for all parties means that more time and effort will have to be spent listening to an increasingly interested and informed electorate. A mechanism such as a People’s Commission, which is truly representative of the various strands in Scottish society and those who represent them, should be given serious consideration. Not as a one-off exercise but rather as an agreed and permanent means of taking the country’s temperature on the issues which confront us as citizens on a daily basis.

When it comes to Smith, we do really need to talk.