What do the sustainable development goals mean for Scotland?

The SDGs are different from their MDG predecessors in a number of ways. There are more of them for a start. Countries will now be able to focus on the issues that are most important to them rather than being forced to follow a blueprint approach. And there is also an added focus on leaving no one behind, recognising that progress to address problems of poverty has been incredibly uneven both within and between countries. 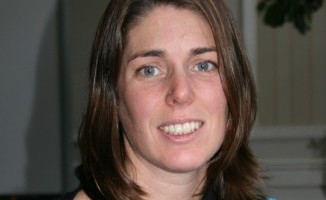 However, what particularly sets the new agreement apart is its commitment to universality. This means that all nations now have a responsibility for implementing the goals. For the UK, as the member state and signatory to the SDGs, this concerns not only its actions internationally but also what it does domestically.

Which brings me to the question at the top of this blog: what do the Sustainable Development Goals mean for Scotland? Given that sustainable development is a devolved issue, Scotland has the power to determine its own priorities and plans for sustainable development: from how global problems such as poverty and inequality are tackled within its borders, to how domestic action – such as patterns of consumption and energy production – impact beyond its borders.

As we approach the one year anniversary of the SDGs, The Open University is joining forces with the Scottish Council for Voluntary Organisations and the Network of International Development Organisations in Scotland to consider the national significance of this global agreement by hosting a free half-day seminar and reception.

The event will take place on 5 October in Edinburgh and bring together representatives from across government, civil society, the private sector, and academia to review what progress has been made to date and explore how we can collectively respond and adapt to this new development landscape. There will be the opportunity to hear the latest on relevant Scottish Government programmes, such as the Open Government Initiative and National Performance Framework, as well as identify new avenues for cross-sector collaboration.

Book your place at this free event.

Martha Caddell is deputy director (Learning, Teaching and Curriculum) at The Open University in Scotland.