Brexit is built on shifting - and rapidly disappearing - sands

It’s sometimes hard to believe that the Brexit referendum took place over three years ago. In that time, the one thing that has genuinely united people is ignorance and uncertainty. We just don’t know what will happen next. Best guesses and gut feelings dominate our discussions.

The charity and voluntary sector has been much ignored and neglected, and it’s fair to say that we (ourselves) can’t quite gauge how Brexit will affect us.

Back in the hazy days of 2016, SCVO attempted to pull together all the concerns of the third sector. It was a mammoth task and mushroomed beyond our control. Medical equipment, toilet roll from Poland, pet passports for guide dogs. You name it. We got it.

With every rule change, we simply couldn’t keep pace. We decided to split our work into key themes: Rights, Funding, Maintaining Links and Free Movement. As neatly as possibly, this allowed us to bundle the main concerns of the sector together.

After that, we tried to offer the best advice and guidance we could. Hopefully some of that advice will be useful to you!

Let’s start with funding. The UK government has committed to creating the UK Shared Prosperity Fund (UKSPF) to replace European funding. Sadly, despite repeated assurances, there has been no consultation on this. Indeed, we don’t know who will manage this fund, whether it will be devolved, how much it will be worth, or for what purposes it can be used. With a new chancellor and prime minister recently installed, this is likely to add to confusion, rather than straightening things out. We think we can expect some sort of announcement at the spending review next month. SCVO’s general position is to ensure this money is, first, devolved before any decisions are made about its uses. 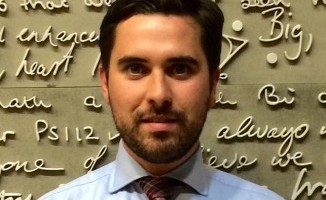 Brexit is built on shifting sands, and it is near impossible to make serious predictions, or to properly prepare

On free movement and EU citizens, SCVO put together our #EUareValued campaign. In short, we want the sector to take a lead in encouraging our EU friends, staff and colleagues to stay in Scotland and continue contributing to our society. Hopefully this resource helps you to do that.

Human Rights underpin the way we live our lives. The EU has been fundamental to rights advancement, and acts as a guarantor of the rights we enjoy. Obviously, Brexit poses a risk to this and we’ve been keen to make a strong statement on this. Working with colleagues across the sector, we drafted the Scotland Declaration on Human Rights, which has been signed by around 200 third sector organisations. You can sign it too!

I hate to say it, but we don’t know all that much more. Brexit is built on shifting sands, and it is near impossible to make serious predictions, or to properly prepare. At SCVO, we’ve written to all UK party leaders to make our grave concerns known, and have chosen to focus on the immediate risk of a ‘No Deal’ Brexit – whereby the UK literally cuts ties and reaches no agreement with the EU about a staged exit. To us, this would be a catastrophic action and would result in a perfect storm for many third sector organisations – pushing up demand, casing an economic shock and reducing funding. You can read our CEO’s letter here.

Craig Wilson is parliamentary officer for the Scottish Council for Voluntary Organisations (SCVO).