Why charities must campaign hard – and refuse to be spooked

​Charities should see attempts to spy on them and silence them as a sign they are doing something right, says SCVO's Martin Sime

There should be no surprise about the recent news that MI6 has been spying on Amnesty International.

Amid its predictable and justified outrage, I’m sure that Amnesty must be just a little proud to have attracted the attention of the UK government to the extent that bugging has been ordered.

Such a badge of honour will do much for its reputation, which has suffered a few blows of late.

But if this sort of thing is the new normal then we should all be worried. If Amnesty has been targeted how many other civil society groups have also been affected?

Are we all being bugged? What can possibly be used as an excuse to breach our civil and human rights? Is Police Scotland involved? Does writing this open the paranoia box?

What matters most is the rather depressing context. This UK government, newly unfettered with its so-called mandate, has some unfinished business with our sector.

Its co-conspirators, including the London chattering classes, the Daily Mail and their friends inserted into high places in the BBC and the Charity Commission, are happily along for the ride. 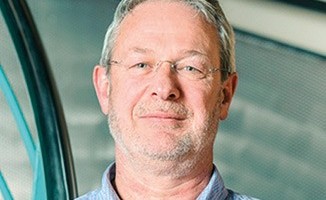 The emerging script is familiar – charities should “stick to the knitting”, which means picking up the pieces with philanthropy rather than campaigning to seek change.

Laws have been passed to restrict our ability to tell it as it is. Core funding has been dismantled in favour of backhanders for often ludicrous pet projects; the market and competition disciplines everyone else.

They have discovered that it helps to divide and rule if charities are fighting each other for the next public service contract.

Bullying and threats of closure (the Trussell Trust) or the withdrawal of funding unless the CEO resigns (the Kids Company) have become routine and acceptable ways of discouraging bad behaviour.

An atmosphere is been created where charity is actively associated with money laundering for terrorism, aggressive harassment of old people for donations and excessive executive pay without any of the above really being backed up with more than idiosyncratic examples. (Panorama produced a dog’s breakfast of rehashed allegations across a wide spectrum of these issues last year).

It’s the impression that matters though and the impression I have is that the UK government is attempting to systematically undermine public trust and confidence in our sector.

They should be careful what they wish for. A strong civil society is the necessary base for successful society and a strong economy. We have a vital and to my mind non-negotiable role to play in calling governments to account and reminding ministers and others of their responsibilities, especially to those who depend on the state in order to live.

Even at the most basic level undermining public trust in our work might damage donations and cost more in further demand on statutory services. Attacking charity is a dangerous game being played by reckless people.

How should civil society respond to such outrageous behaviour? Firstly, we need to acknowledge genuine concerns and spare no efforts to put our own houses in order.

We are not perfect and if we are going to defend ourselves against such attacks we need to be seen to address our failings with rigour. Our ambition for a free and democratic society demands that we walk our own talk.

On the other hand I think we must resist the instinct to go defensive. One fact is evident in all of this – to have aroused the ire of at least half the cabinet means that some of our campaigning voices have been effective.

On welfare in particular, it is becoming clear that few people believe the wooden public relations script about the success of Universal Credit because organisations like Citizens Advice have told us a rather different and truthful set of stories from the front line.

Similar voices have emerged elsewhere, for example over the retreat on green energy or the plan to steal housing association assets.

Alas, too many of our number still fear for the consequences of biting the hand that feeds, especially when confronted with evidence about the successes of bullying.

More generally, risk management strategies have made us averse to risk and we don’t exactly have a good track record of standing shoulder to shoulder with our colleagues and sister organisations when they are under threat.

Resistance to the UK government’s assault on human and civil rights has been muted and backdoor privatisations in the NHS and elsewhere have raised barely a murmur. An awful lot of people are keeping their heads down.

The third sector has an enormous reservoir of policy and campaigning capacity on just about every issue under the sun.

At its best it can quite quickly expose the often shabby justifications advanced to support UK government policy by reference to real situations on the ground and in ways which it is difficult for spin doctors and communications gurus to counteract. Who would the public rather believe - an oily politician or a charity? That’s the real reason why the sector is under attack.

I think it would be inadvisable to console ourselves with the notion that it couldn’t happen here in Scotland.

True, we have a government which supports the third sector and an altogether more convincing narrative of partnership and trust. Some criticisms have even been welcomed.

But experience in Canada, Russia and India reminds us that governments change - we should never take our freedoms for granted. And the climate in London still matters here, not least because of the number of copies which the Daily Mail sells in Scotland. Remember too that some of our bigger players have their headquarters down south.

Oh, and lest we still want to veer to complacency, it is worth reminding ourselves that Police Scotland were recently unable to deny allegations that they had been hacking into the affairs of a number of Scottish journalists.

0 0
Sandra Marshall
over 7 years ago
I hear what you are saying in this article. The Third Sector, however, has a brilliant opportunity to be part of the solution to the problems this sector is facing. Simply by working together, sharing expertise, applying for joint funding and acting together when need be to persuade with irrefutable facts, the government of the truth of the situation. I agree with you that if we do not stand up and put our heads above the parapet again and again and again until we are heard then the change that is needed in this country and other countries not just in the UK but EU wide will not take place. The charity sector has some fantastic solutions to the social problems we are facing, during my research phase before setting up the Leith Hub Charity I came across many organisations both charity and other Third Sector all trying to do similiar things in similiar ways. We have to let go any animosity or fear of sharing and share people, resources and knowledge not just for the charities to survive but for the people the charities were set up to help to survive. I have no fear of sharing with other groups or charities and I am willing to stand up and be counted. I am not afraid of losing because there really is nothing to lose except the changes the sector wants to see go through.