Why HIV and sexual health awareness training is so important

Clive King of the Terrence Higgins Trust on HIV awareness

The 2015/16 HIV Stigma Survey UK revealed that people living with HIV in Scotland continue to experience shocking levels of shame, blame and guilt because of their status.

Experiences of stigma in health or social care settings were common; one in eight participants said they had avoided seeking care or support in the year prior to being surveyed, for fear of discrimination. To those of us who work in the HIV sector, these findings came as no surprise.

Over the years we have seen massive leaps forward in the treatment, prevention and policies concerning HIV. 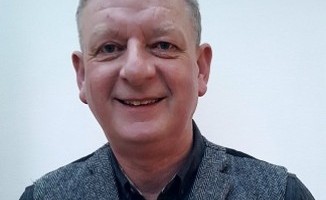 Advances in anti-retroviral treatment mean that people with HIV can look forward to a normal life expectancy, secure in the knowledge that they cannot pass on the virus.

New prevention technologies such as PEP and PrEP (pre and post-exposure prophylaxis) enable those most at risk of acquiring HIV to protect themselves better than ever before.

Since 2010, HIV has been recognised as a disability under the Equalities Act, making it unlawful for employers and wider society to discriminate against people on the grounds of HIV status.

In short, the last decade or so has seen plenty of “good news”. And yet, a disproportionate chunk of the media coverage around HIV focuses on the (very rare) cases of “reckless transmission” that make lurid headlines for the red-tops.

Meanwhile, many schools across Scotland fail to include adequate or up-to-date information on HIV as part of their RSHP (Relationships, Sexual Health and Parenting) classes.

Stigma thrives on misinformation, exaggeration and ignorance so it’s no wonder so many struggle to share their status with families, friends and colleagues.

As part of the UK’s leading sexual health and HIV charity, we at Terrence Higgins Trust Scotland are frequently approached by third sector partners, across a wide range of services, who find themselves dealing, often for the first time, with clients who are navigating difficult situations in life with the additional complication of HIV.

These are dedicated professionals who recognise that their skill sets are lacking up-to-date information about the virus and its treatment; having witnessed the stigma faced and/or feared by people with HIV, they seek our advice and guidance on how to tackle the often devastating effects of discrimination.

That’s why, in 2016, we launched Terrence Higgins Trust Learning Centre at our Scottish Hub in Sauchiehall Street, Glasgow. We worked alongside the Scottish Qualifications Authority (SQA) to develop the country’s first SQA accredited course in Understanding HIV and AIDS, as well as an SQA programme around Sexual Health Training for Trainers.

We also offer a one-day CPD certified HIV Awareness Course and a unique half-day session on the often neglected topic of Women and HIV (accredited by the Royal College of Midwives).

Terrence Higgins Trust was founded in 1982, at the very outset of the AIDS epidemic in the UK.

With 35 years experience to draw on, we are uniquely placed to offer expert training on HIV and related topics, a fact borne out by the enthusiastic feedback we’ve received from participants on Learning Centre courses.

As one trainee remarked at the end of a recent course: “You don’t know how little you know until you know it”.

For further information about Terrence Higgins Trust Learning Centre and the courses on offer, call 0141 332 3838 or visit here and search for “Learning Centre Scotland”.