Why is Amnesty International colluding with women’s exploitation?

There was controversy recently when Amnesty International voted to support the full decriminalisation of the sex trade. Supporters said it marked an important step in the fight for sex workers' rights, but opponents claimed it was a backwards step, which effectively legitimises exploitation. Here, Catriona Grant argues against Amnesty's stance.

There has been much hue and cry about Amnesty International’s recent vote to decriminalise prostitution.

Amnesty should be congratulated on seeking to “adopt a policy that seeks attainment of the highest possible protection of the human rights of sex workers, through measures that include the decriminalisation of sex work”.

So why are many feminists and some voluntary sector organisations such as Zero Tolerance, Women’s Aid and Women Support Project so upset with this policy? Feminists and organisations campaigning against violence against women are upset because rather than give sex workers rights, it legitimacies to the sex industry. It gives permission to the escort agencies, strip bars, pimps and punters to carry on as they were.

There is no accountability given to those who buy sex or facilitate the prostituted (mostly) women. It does not address the issue of demand for the sex industry.

The policy makes the pimps and punters who buy sex invisible, creating invisible men (and whilst they are not exclusively men, they are the massive majority). It lets those that cause the demand for sexual services off the hook, it offers them legitimacy. 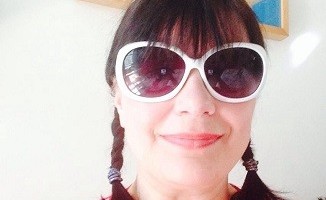 Amnesty's policy doesn’t address the demand issue - why are men wanting to buy sex from women?

The Nordic Model, now adopted in Canada, Sweden, Norway, Iceland and Northern Ireland and being discussed in many European countries, promotes the decriminalisation of the seller of sex but criminalises and holds accountable the buyer of sex.

It recognises the wide range of reasons women find themselves working in the sex industry - unemployment, poverty, debt, trauma, addiction, previous experiences of violence and abuse but that these human rights violations against women are not the cause of prostitution.

The cause is men’s demand to buy sex (mostly) from women. Amnesty states that “sex workers are one of the most marginalised groups in the world who in most instances face constant risk of discrimination, violence and abuse”.

Any humane person would agree with that; but prostitution is about the unequal status of women in society, prostitution cements women’s inequality and discrimination. In the attempt to see prostitution and “sex work” as a workers’ rights issue, it fails to see it a violation of women’s human rights.

But would decriminalisation make women safer? The majority of “sex work” is about women selling sex to men. Who is being violent and abusive to the “sex workers”? The men who are buying sex; the pimps who push them to get on with it; their partners who may be coercing them; the police who fail to protect them. Prostitution involves violence and abuse. Amnesty's policy doesn’t address the demand issue - why are men wanting to buy sex from women?

Amnesty's problem is not its call for the decriminalisation of those who find themselves in “sex work”.

It is to be condemned for purposefully ignoring the pimps, brothel keepers, pornographers and the men who buy women’s consent and sexual desire. By doing so they collude and legitimise the human rights atrocities committed to millions of women across the globe. Amnesty has got it very wrong.

Catriona Grant is a social worker in the voluntary sector, writing in a personal capacity.

0 0
Rhona
over 5 years ago
Why has TFN felt compelled to publish this ill-informed, banal piece which adds nothing whatsoever to the debate? Many insightful articles have been written on this issue in recent months, from various standpoints, but this certainly isn't one of them.

0 0
Alex
over 5 years ago
The writer of this article is severely ill-informed of the impact of criminalisation as a driver of stigma and discrimination against sex workers. Arguing that if we just 'address men's demand for sex' violence against women will stop is reductive and quite simply downright dangerous. In Sweden, where sex workers are supposedly decriminalised, surveys have shown that sex work and sex workers are facing higher levels of stigma. Stigma is a terrible thing. It legitimises society's discrimination and abuse against a group of people. You do not have to look far to find examples of marginalised groups of people to bring this example a bit closer to home.Arguing that Amnesty should consider men's demand as the problem ignores the violent elephant in the room. It cannot be right to tolerate violence against sex workers while we 'stamp out demand' for sex - how long do you think that will take? It's not happened, I guess, since time began - so good luck with that.Amnesty's policy is the right call. It addresses the serious human rights violations that the majority of sex workers across the world face everyday. Why should we treat sex workers different to other human beings when it comes to protecting their human rights. And why are we talking about men's demand for something when women across the world are demanding their own human rights are upheld?! Stop talking about men and start listening to sex workers. .

0 0
Pia
over 5 years ago
Sex workers rights are human rights, as sex worker I have the right to be respected in every circumstance as citizen and worker. Now a day many laws in several country are affecting our life and we are discriminated. In sweden we are stigmatized by law. The Amnesty decision is good

0 0
Gail Pryor
almost 5 years ago
My name is Gail I work for a NPO, Doctors For Life International. We have a project I am involved with called LIFEplace which deals with the prostitution issue, from offering the girls an exit strategy to help get them off the street and give them skills so they can be reintegrated back into society. We are also currently involved with court-cases regarding the legalization of prostitution in South Africa and would like to develop a working relationship with organizations such as yourself so we can share information and work together.

0 0
Gail Pryor
almost 5 years ago
My name is Gail I work for a NPO, Doctors For Life International. We have a project I am involved with called LIFEplace which deals with the prostitution issue, from offering the girls an exit strategy to help get them off the street and give them skills so they can be reintegrated back into society. We are also currently involved with court-cases regarding the legalization of prostitution in South Africa and would like to develop a working relationship with organizations such as yourself so we can share information and work together.