Why we swapped petitions, policy asks and placards for jokes

Charities have a responsibility to shout about the issues and injustices affecting the most vulnerable people in our society.

And there’s a lot to shout about - 17% of children in Scotland live in poverty. There’s been a 20% surge in disability hate crime. More than 34,500 homeless applications were made in the last year.

Speaking with and for the people we support, and demanding that more is done to help, is a vital part of the role charities play.

But when the National Autistic Society attended the Scottish Parliament to celebrate the 20th anniversary of our work in Scotland, we didn't go armed with statistics. We went armed with comedians. 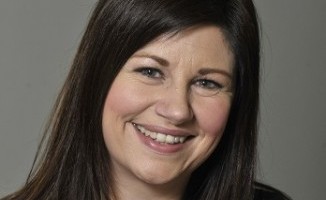 Seven autistic adults took to the stage in the Garden Lobby on Tuesday, 13 December and performed comedy routines they had written themselves for the very first time. This must have been daunting. The crowd of around 100 people included the minister for childcare and early years and other members of Scottish Parliament, representatives from charities and partner organisations, supporters of the National Autistic Society Scotland, and their own friends and families.

And oh how our budding comedians made those guests laugh! Routines that premiered on the night included improv between two wizards, a long and winding piece on procrastination, and some very romantic maths gags.

The group had taken part in workshops led by comedians Janey Godley and her daughter Ashley Storrie in the months leading up to the event. Janey and Ashley taught the participants how to hone their routines and hold a mic, and what to do if faced with a cold crowd – not that we had a problem there!

Janey’s husband and Ashley are both autistic, and this understanding of the condition meant they were perfectly placed to mentor the group. Janey admitted that it was the most difficult, and most rewarding, work she has ever undertaken. She told me she was particularly proud of the way her daughter interacted with the group, and was pleased that Ashley had the chance to see autistic people being “brilliant”.

All of the routines were clever and genuinely very funny. Our performers had confidence in their own abilities, and they were supportive of each other. One man told me the workshops were a great opportunity to learn processing audiences’ reactions and understanding social cues.

The Scottish Parliament joined our 20th anniversary celebrations by recommitting to ensuring accessibility for autistic people. It was the first building in Scotland to receive the Autism Friendly Award in 2015, and recently renewed its commitment to making sure that autistic people can access and enjoy the building, securing the award for a second time in time for our event.

The event was the perfect way to mark 20 years of the National Autistic Society Scotland and it wouldn’t have been possible without the support and generosity of a wide range of people. The minister for childcare and early years, Mark McDonald, gave our keynote speech and Anas Sarwar MSP sponsored the event. Norman Yarwood, the business operations manager at FDM, let us hold the comedy workshops in the company’s offices.

John Hatfield, the director of Second City Creative and a member of our advisor committee, made a film of our comedians’ work. Jane Asher, our charity’s president, donated a recipe for ginger nuts so that we could hold sponsored bake sales, and a designer named Anna Marion used 3D printing to make special cookie cutters.

I’m really glad that we took a night off from shouting about the fact that 66% of autistic people feel socially isolated, only 32% are in employment– despite the fact that the vast majority want to work – and 27% have been asked to leave a public place because of their autism.

But now we’re back.

More needs to be done to ensure autistic children succeed in school. Earlier this year, our charity successfully campaigned for all new teachers in England to receive autism awareness training. I would like to see this extended to teachers in Scotland so that our children have the same start in life.

Aberdeen and Aberdeenshire are taking steps to become autism-friendly, and in 2017 I’d like to see more communities across Scotland must look at ways to reduce the social isolation of their autistic residents.

And it is time to really question the impact of the Autism Strategy and ask if it’s delivering the support that autistic people need.

Our charity will be there to continue to provide innovative services and campaign on issues affecting autistic people for the next 20 years and beyond. We’ll be there with our petitions, policy asks and placards. Until everyone understands.

Jenny Paterson is director of the National Autistic Society Scotland.